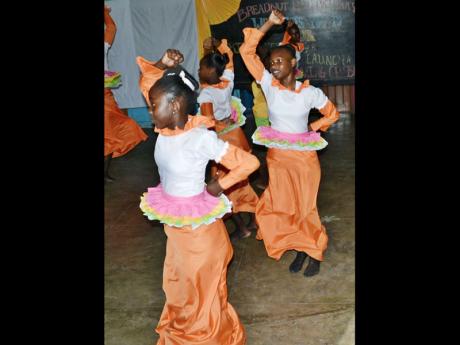 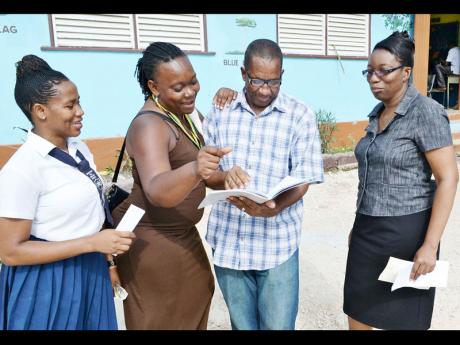 Something in the magazine seems to have caught the attention of these people. 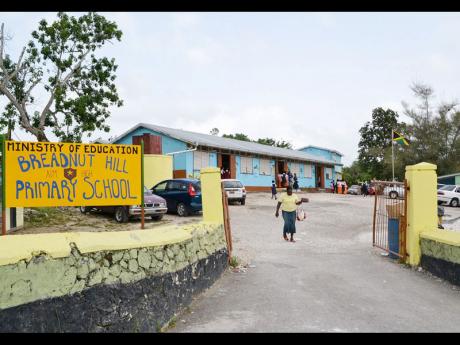 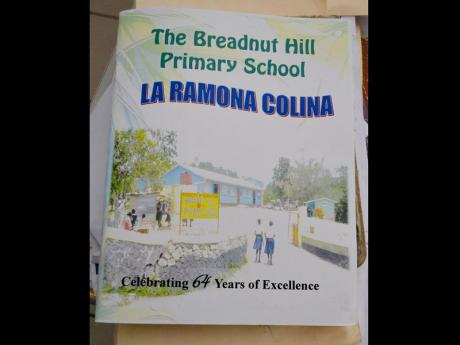 The cover of the Breadnut Hill Primary School's magazine.
1
2
3
4

LITTLE KNOWN outside the community, Breadnut Hill Primary School, located in Colegate, just above Fern Gully in St Ann, has been striving silently under the dedicated guidance of principal Rose M. Gowie-McLean and her team.

The school has many challenges, but through it all, they have had some golden moments, like when the dance group won a gold medal in the Jamaica Cultural Development Commission (JCDC) festival.

Now, the school is seeking to tackle a long-standing problem without any major contribution. For years, the property has been in need of perimeter fencing, but unable to source funding, which an estimate 10 years ago had put at $1.5 million. A new estimate is being sought.

With the support of past students, the parent-teacher association (PTA), the board, and residents, the school has launched a series of fundraising events to begin raising funds for the project.

Last Thursday, June 26, was a big day at the school as it celebrated prize-giving, homecoming, and most important, where fundraising is concerned, the launch of a magazine to raise funds towards the fencing project.

"This is our first magazine, and this is in aid of the perimeter fencing. The school is not enclosed. It poses a security threat for the children, so we're trying to raise some funds," said vice-principal, Sherron Minott.

The 68-page magazine, La Ramona Colina, being sold for $1,000 a copy, looks at the history and other aspects of the school over the 64 years it has been at its current location. Records show that the institution existed around 20 years prior at another location.

President of the PTA, Nina Roberts, said the organisation has been playing a vital role in assisting the school. Regarding the magazine, Roberts said members of the PTA did lots of research and interviews for the publication.

Roberts said it was the PTA that suggested that the magazine be used as a fundraiser for the fence.

"Because, you know, we need to fence the school. It's our main priority right now," Roberts said. "We know it won't raise enough, but it's a start."

Joan Walters-Brown of Ocho Rios, one of several residents who turned out for the launch, said she was happy to be able to support Breadnut Hill Primary.

Walters-Brown bought a magazine and several other items on sale.

"This school has been very good to me," she said. "Two of my grandchildren have passed through this school and went to high school, and they are doing very well, and now I have my stepson here, so I try to support this school in whatever way I can."

Gowie-McLean has disclosed that the school is plagued by several other problems, but the fencing is the main one at this time.

"We have lots of problems. Look at our school grounds," she said, pointing to the hard, uneven surface that children have to play on.

"You can see our classrooms are really noisy, and we really want to have divisions so we can have even individual classrooms. Also, we don't have water running. We have to go by rainfall, or water has to be trucked to the school."

But the school was not going to sit around and wait any longer. It is seeking to address the problems in any way possible.

"We have to do that," Gowie-McLean pointed out.