DOCTOR'S ADVICE - Will his 'man fluid' get me pregnant? 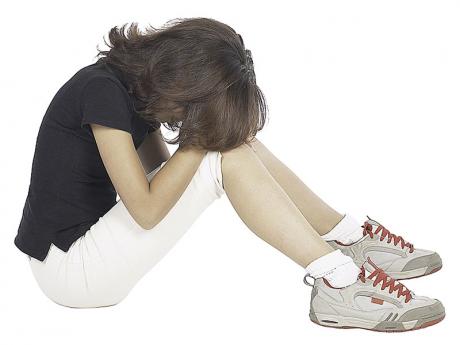 Q. Doctor, I am a girl of 17, and I am asking for your fatherly advice. I did not really have a father, and I was brought up by my mother. She died recently. Unfortunately, she did not tell me very much about sex. But there was one thing I do remember that she told me, and she stressed that it was the most important thing for me to know. It was this: She said to me that I must always remember that men produce a very dangerous white fluid. She told me that it could get me pregnant or give me a sexually transmitted infection. Well, I have always remembered what she said. So I decided that I would never, ever have full sex with a guy until I was married. And I have kept that vow, Doctor. I am still a virgin, though I know that some of my friends have had intercourse with boys. But the fact is that guys seem to like me and say that I am pretty. They ask me out, and sometimes I do go on dates. On these occasions, I make it absolutely clear to them that they are not going to have sexual intercourse with me! However, if I am feeling romantic and excited, I am willing to 'pet' them with my hands, and they are always grateful for that. My problem is that recently, I have realised that this activity does lead to some kind of expulsion of the fluid that my mother told me about, and this has made me fret a lot. Doc, I am aware that several times, I have got some stuff on my hands or even my thighs, though I have not been able to see it in the dark. Is there any danger that it could get me pregnant? And has it perhaps already given me an STI?

A: Sorry to hear that you have been fretting so much. You obviously know far less about sex than most young women of 17, and you urgently need to take steps to remedy that.

Your poor mother's advice was well-intended, and it was correct - as far as it went. The liquid that she warned you about is called semen or seminal fluid. It shoots out of men's penises whenever they orgasm. From what you say, I think you have brought several young guys to orgasm, so it is not surprising that you have felt some liquid on your skin.

This liquid is absolutely 'pack-full' of sperm (known as spermatozoa). Just one of these could get you pregnant. So it is very important that the stuff not get anywhere near your vagina.

In fact, from your description of what has been going on, it does not sound as though any of the 'man-fluid' has finished up in your vaginal area. So I think you need not worry that you might be pregnant.

As regards the subject of STIs, your mother was quite right in warning you that a girl can catch it from a guy's juices, but in order to cause such an infection, the juices have to get into the vagina - or sometimes the mouth or the anus.

Therefore, it sound like at the moment, you are, in the clear as far as an STI is concerned, and you can quit fretting.

But you are pursuing a very risky course in giving all these young men 'hand relief'. You will become known as a girl who provides that sort of 'service', and because of that, people will start to disrespect you. So I think you would be wise to stop now.

Finally, I urge you to have a series of talks with someone who can enlighten you about sex and its dangers. I get the impression that you attend some sort of educational establishment. Is there a female teacher or nurse there who could spend a few hours teaching you the facts of life? I do hope so.

Q. I know you have dealings with young people, and I am writing to you because I am the father of a teenage boy - aged 16 and a half, in fact. To my astonishment, he is showing no interest in girls. He doesn't have 'pin up' photos. He doesn't look at pretty women on the Internet or want to see 'saucy' films. I just cannot understand this because at his age, I was crazy about women! To tell you the truth, Doc, I was a skirt-chaser. I had girlfriend after girlfriend. And one way or another, I must have orgasmed at least five times for the week. But my son shows no signs of anything like that. He is interested in books and in his studies, and to some extent, in sports. But that is it! He doesn't seem to want to go out with girls. You can probably guess what is in my mind, Doc. Do you think he is a homosexual?

A: What you have not realised is that people vary greatly in their sexual drive - particularly when they are in their teens.  You were clearly a very highly sexed teenager. But if you look back, you will remember that there were quite a few guys of your age who were nowhere near as highly sexed as you, and who definitely were not skirt-chasers. I am sure that most of them grew up 'straight'.

Indeed, you have not the slightest evidence that your son is gay. He is clearly working hard at his studies and likes sports. At the moment, he has no time for girls.  My bet is that when he gets a little older, he will start taking some interest in women and will get himself a girlfriend. But he is not like you were - and you must not try to make him like you. Leave the poor young guy alone, and let him develop at his own rate.

Email questions to Doc at saturdaylife@gleanerjm.com and read more in the 'Outlook Magazine' tomorrow.