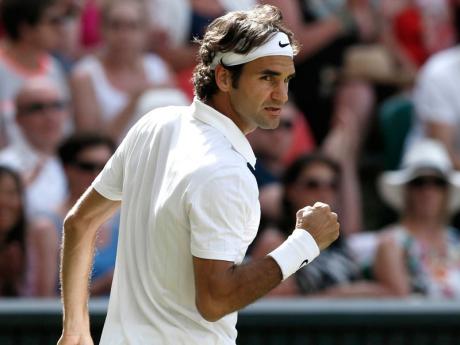 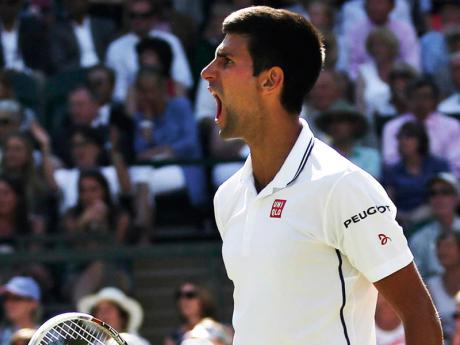 Roger Federer and Novak Djokovic will meet for the Wimbledon title after the old guard held off the new in the semi-finals yesterday at the All England Club.

Federer, who owns 17 major titles, broke once in each set and won 61 of 80 points on serve to make it back to a Slam final for the first time since winning Wimbledon in 2012.

The top-seeded Djokovic ran off six of the final seven points in the tiebreaker to beat Grigor Dimitrov of Bulgaria 6-4, 3-6, 7-6 (2), 7-6 (7) to advance to his third Wimbledon final in four years.

The 32-year-old Federer will be playing in his ninth Wimbledon final on Sunday. If he wins, he will hold the outright record for men's titles, which he currently shares at seven with Pete Sampras and William Renshaw.

Federer would also become the oldest men's Wimbledon champion since the Open era began in 1968. The Swiss great has slipped in the rankings the past two years and has failed to get to any Grand Slam finals. This could represent his best chance for another major title.

Federer's dominance against the eighth-seeded Raonic was total. Raonic, the first Canadian man to reach a Grand Slam semi-final, had 17 aces but also had four double faults and conceded seven break points. Federer was clinical throughout and saved the only break point he faced.

Federer holds a career 18-16 advantage against Djokovic, but this will be only their second meeting in a major final. Federer beat him for the US Open title in 2007. Overall, Federer has a 6-5 edge in Grand Slam matches. They have faced each other only once before at Wimbledon, with Federer winning in four sets in the 2012 semi-finals.

The final match-up means that one of the so-called 'Big Four' in men's tennis - Federer, Nadal, Djokovic, or Andy Murray - will walk away with a Grand Slam trophy for the 36th time in 38 majors.

One of the four has won the Wimbledon title the past 11 years, seven for Federer.

Djokovic, who has lost in his last two major finals and three of the past four, is going for his seventh Grand Slam title.

The women's final will be played today, with 2011 champion Petra Kvitova of the Czech Republic facing 20-year-old Eugenie Bouchard, the first Canadian to play in a Grand Slam singles championship match.