The magnificent machines of the Great War 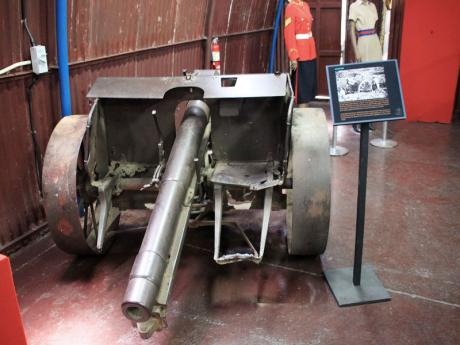 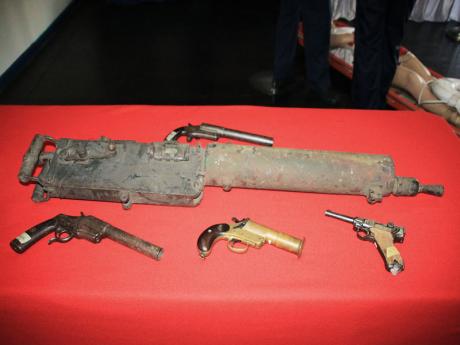 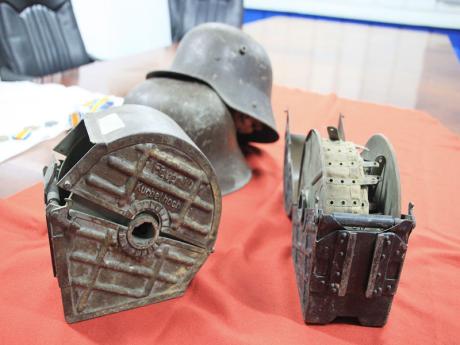 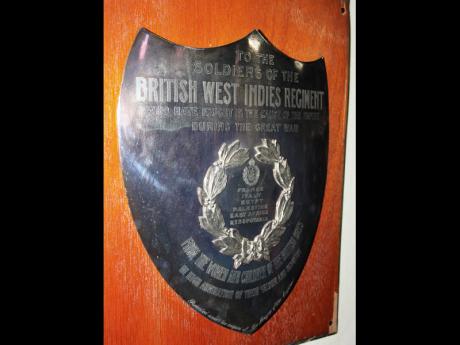 A plaque given to the Jamaican soldiers who fought in WWI. 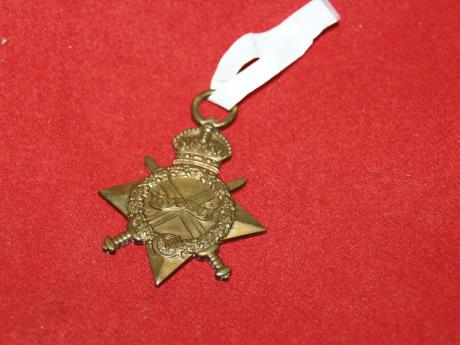 The gaping 240mm barrell of the trench mortar, riveted to the ground, points to the sky and looks as cold and menacing as it did a century back, spewing bombs that were notoriously called 'flying pigs', and the results were catastrophic.

The trench mortar, among several other pieces of weaponry and effects, have found a final resting place in Jamaica. These are reminiscent of World War I, which changed the face of the world, and the science and art of warfare.

"First thing that came to my mind was, 'I wonder what stories these can tell, where they saw action how they came here to Jamaica'," says Captain Staci-Marie Dehaney, force curator, Jamaica Defence Force (JDF).

The Great War, spanning from 1914-1918, was entrenched, literally and figuratively, in testing the limits of human endurance and resilience. This is evident in the evolution of the warfare and the weaponry from that era - large and lethal.

Though silent and redundant now, the weather-beaten, almost 60lb Spandau machine gun is a testimonial of marvel of the engineering, design, durability, and still sends a chill down the spine.

"This is the grandfather of guns," said Corporal Sean Huxtable. The water-cooled, belt-fed ammunition, Spandau was capable of firing 400 rounds per minute, with an effective firing range of 2,000 metres.

Each opposing army was scrambling to get an edge in firepower superiority; a Howitzer at the JDF Museum is a testimonial. The main support weapon for the British Army, the Howitzers were used undercover or against hidden targets. The Howitzers evolved during the course of the WW1, and by the end of the war, they could fire shells weighing 900kg over 18km.

The soldiers, crouched in the trenches, had their metal helmets, and instincts and prayers on their lips as safety shields.

"I wonder if they (the soldiers) were scared, anxious or what emotions would have been going in their minds as they lay in the trenches," Dehaney remarked.

As the war progressed, the need to better equip and protect the soldiers arose, and the era of automation had commenced with the Luger semi-automatic pistol, the standard issue sidearm of the German Army. Lugers, captured by the Allied soldiers, became one of the most prized 'war trophy'.

"At the beginning of World War I," the JDF force curator continued, "the combatants were issued cloth and leather caps, designed at most to protect against cuts."

But these soldiers were unaware of the impending dangers awaiting them, as 'Flying Pigs' and rapid-fire machine guns unleashing carnage, inflicting casualties, primarily head wounds.

Helmets were then introduced as standard issue.

"The French were the first, in late 1915, to issue Adrian helmets to their troops," informed Dehaney. "The British and Commonwealth troops followed with the Brodie helmet, which was also later worn by US forces, and the Germans issued the Stahlhelm."

A pair of Brodie - the soup bowl-shape helmet - and Stahlhelm sits in a corner at the JDF Museum, resonating stories of grit, courage and the challenges of the men who wore them.

"We don't know the stories behind them," said Dehaney, gazing at the helmets. "Stories about who they belonged to and how they landed here."

The world, perhaps, might not also be able to fathom how two.38-calibre bullets fired on a fateful Saturday morning in Sarajevo 100 years ago engulfed the world in turmoil - put technology and engineering on an overdrive, toppled regimes and was the genesis of the next, more gory era in the history of mankind.

Effects of the World War I resonated in Jamaica, too, leading to the formation of British West Indies Regiment in October, 1915. Between 1915 and 1918, more than 15,000 soldiers joined the Regiment, 10,000 Jamaicans were to go and fight the Great War.

"The legacy of these objects is in the men that operated them," said Dehaney, "and the generations of Jamaicans that call them family, whose medals sit dormant as the sole memoir of those who gave their lives."

NEXT WEEK: An ode to the Jamaican soldiers, etched and epitomised in the annals of history.