Jarrett pushes for 100 and under 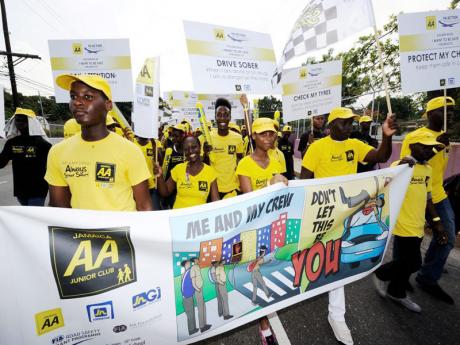 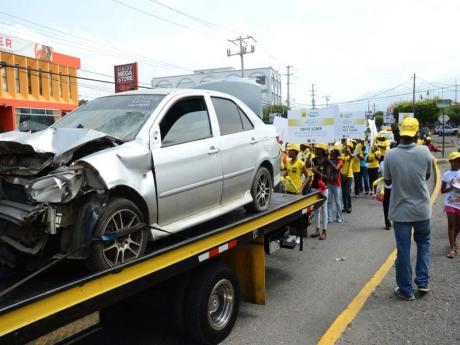 A crashed car display was used as part of last Saturday's rally. 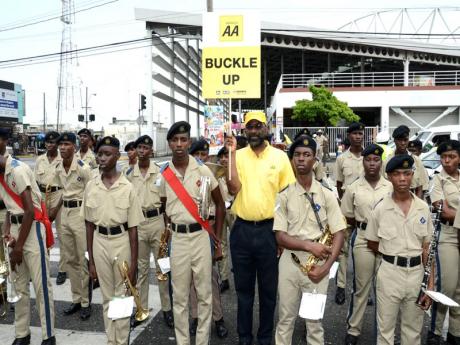 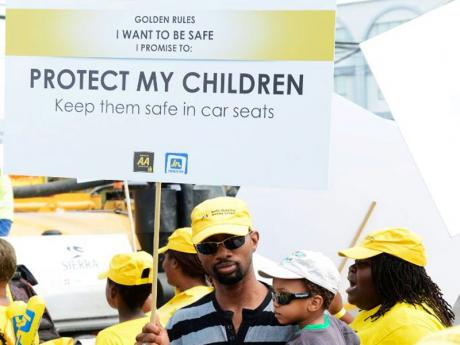 Earl Jarrett, chairman of the Jamaica Automobile Association (JAA), has said a meaningful road-death target for Jamaica should be no more than 100 persons annually. This would put the country's traffic death rate in line with developed nations, such as the United Kingdom.

More than 300 persons lost their lives in road crashes in Jamaica during 2013.

"Jamaica has a death rate of approximately 15 per 100, 000 deaths, compared to the United Kingdom, which has a rate of five deaths per 100,000. Therefore, I believe we can work to change our current situation," Jarrett stated.

He said the 10 Golden Rules for Road Safety, developed by the Federation Internationale de l'Automobile, the global governing body for motorsport, are a good point of reference. The rules also form part of the JAA's ongoing 'Safe Driving Saves Lives' campaign.

"If we have people following these basic rules, such as looking out for children on the roads, obeying the road code, motorcyclists wearing their helmet - these are all simple things which, if we follow them, will reduce the number of deaths on the roads," Jarrett stated.

He also pointed out that using Half-Way Tree as the rally's focal point was significant because of its high level of pedestrian traffic. Also, the area is a hotspot for road crashes.

There were two marching groups in the Road Safety Rally, which included more than 200 participants carrying placards. One group moved from the intersection of Constant Spring Road and South Avenue to the east, while the other marched from the YMCA's headquarters on Hope Road to Half-Way Tree. They converged on the Jamaica National Building Society's headquarters at the corner of Half-Way Tree and Suthermere roads.

Roger Graham, project manager of the JAA Junior Club initiative, said the rally provided a golden opportunity for club members to experience road-safety advocacy at the national level, while emphasising the importance of efforts to educate people in their respective communities.

"The rally accomplished our goal, which was to increase awareness about road safety and allow our young advocates to receive practical experience in spreading the message of road safety," Graham said.

Participants in the rally included members of JAA Junior Clubs from across the island, JN Group employees, JNBS Foundation Act!on volunteers, representatives of the Jamaica Race Drivers Club, and members of the public.