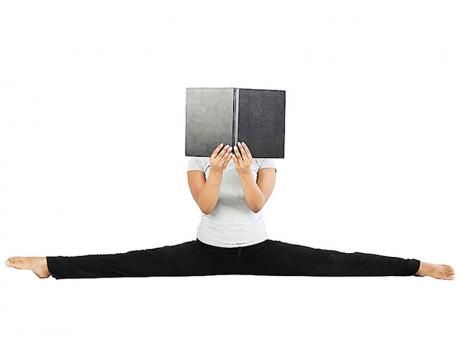 Unfortunately, the problem that you described, and which has affected many hundreds of persons in Jamaica, is likely to remain with us long into in the future.

QUESTION: I bought a universal life insurance policy about 20 years ago. My aim at the time was to provide protection for my young family and to start the creation of a nest egg. I have paid the premiums over the years.

Recently, I received an advisory from the insurer. It stated that the investment portion of the policy had virtually disappeared. Also, if I wanted the same level of insurance protection, then I would have to pay a much higher premium. The company offered me a number of choices. What has happened has come to me as a great surprise. It has made me very cynical about life insurance in general and universal life in particular. Can you explain what really happened?

HELPLINE: A popular battery maker says on the package that its product is "guaranteed for 10 years in storage". The fine print on the underside of the package declares that "the manufacturer guarantees these batteries against defects in materials and workmanship (and) should any device be damaged due to any battery defect, we will repair or replace it, at our option." A 1-800 number is listed.

Presumably, persons who answer the phone handle consumer complaints and warranty issues. Given the many types of materials in the product, the manufacturing process, the chemical reactions that take place and the variety of conditions under which batteries are stored it is really amazing that this manufacturer offers a guarantee. It is also very surprising that the guarantee is described in only 36 simple words, unlike the typical insurance contract which, in theory and practice, should provide consumers with certainty, another word for confidence.

Benefits offered under universal life insurance contracts are not guaranteed. There is no assurance that what is offered for sale will be delivered many years later.

Think about it: will the company still be around decades later? If you were to carefully examine the agreement between you and the company, you will see no words that are similar to 'guarantee' on the battery package.

The value of the investment portion of the contract moves up and down, according to market conditions. I have not seen your policy. However, I strongly believe that it contains a provision that says exactly that.

If your policy is similar to others I have seen, it would also give the insurer the right to increase the premium and the expenses associated with the investment portion of the policy when it deems this action necessary.

The non-use of the word 'guarantee', the movement of the fund value up or down, plus the authority to increase the premium and expenses mean only thing.

All the downside risks associated with the contract will be assumed by you - not the insurer.

Based on research that I have done, I suspect that your problem started during the sales process, that is, before you signed on the dotted lines 20 years ago.

Do you recall whether you were told: a) that past performance does not indicate future performance, and b) that the company was not offering a guarantee on how the fund would behave in future?

Unfortunately, the problem that you described, and which has affected many hundreds of persons in Jamaica, is likely to remain with us long into in the future. Earlier this week, I saw an ad for a universal life insurance product. It spoke about "the best of insurance and investments." In differentiating itself from its competitors, the company listed its "impeccable heritage" and "solid, historic performance." In spite of that flawless heritage and history of performance - presumably in relation to its investment funds - the company, unlike the battery manufacturer, did not mention the word 'guarantee'.

Among the things it said, quoting one expert, was that: "Many of these policies are lying in drawers and lockboxes, and people don't even know there is a problem because they didn't fully understand how the contracts worked ... most of these policies will expire worthless unless big steps are taken now."

The term universal, according to the thesaurus associated with Microsoft Word that I use, means, among other things, total, entire, complete and comprehensive. Based on my research and yours and the experiences of thousands of other persons, universal life insurance contracts - like their comprehensive motor policy cousins - do not offer complete protection.

Cedric E. Stephens provides independent information and advice about the management of risks and insurance. For free information or counsel, email: aegis@flowja.com