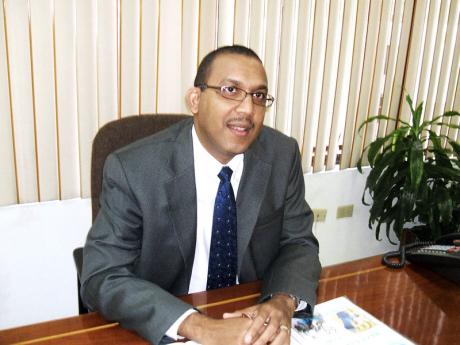 The Fair Trading Commission (FTC) has suggested that the rate changes proposed by the Jamaica Public Service Company (JPS) is likely to deviate from accepted rules of efficient pricing, indicating that the adjustment for residential customers should be lower relative to commercial clients.

It has also knocked the JPS proposal to replace the current price cap with a revenue cap regime on the grounds that it would likely lessen the incentives for the JPS, the sole distributor of electricity in Jamaica, to establish an efficient tariff structure.

"It is recognised in regulatory economics that an efficient pricing structure of a monopolist would charge a higher price mark-up for customers whose demand are less sensitive to price changes ('less elastic demand'), and charge a lower price mark-up on customers whose demand are more sensitive to price changes ('more elastic demand')," said the FTC.

The watchdog added that the proposed rate changes will increase the price of electricity paid by residential customers, relative to the price paid by commercial and industrial customers.

The commission said it was unaware of any attempts to measure the elasticity of demand for the different class of customers.

"We note, however, that studies conducted in other jurisdictions conclude that in the short run, residential customers exert a more elastic demand for electricity compared to commercial customers," the FTC said.

The revenue cap, which the light and power supplier wants to replace the price cap, provides adequate incentives for a profit-maximising utility company such as the JPS to reduce the total cost of production, since total revenue is guaranteed, the FTC said.

A utility company operating under revenue cap, rather than a price cap, can reduce production levels without reducing revenue flows, it added.

The FTC explained that under the revenue cap regime, the company will choose to reduce production costs by satisfying the current demand using more cost-effective production techniques while maintaining the same level of production, and/or reducing the quantity of electricity demanded below current levels, hence reducing the output volume required to produce to satisfy demand.

Under a revenue cap, the Commission said, the utility company would suppress demand for electricity by simply setting a tariff structure that deviates from efficient levels.

In contrast, it would be considerably more costly for the company to improve the productive efficiency of its plants as this would require replacing its stock of inefficient generating turbines.

"Accordingly, it is likely that a revenue cap regime provides the JPS with adequate incentives to set a tariff structure designed to reduce the volume of electricity demanded by its customers. The proposed rate changes are consistent with the view that the tariff structure deviates from efficient pricing principles," the FTC said.

The JPS also wants to introduce a wholesale rate designed to encourage its largest customers to remain entirely on the grid, but the FTC said that was internally inconsistent with its proposal to replace the price cap with a revenue cap regime.

"A revenue cap provides adequate incentives for any utility company to discourage demand as a reduction in demand will increase profits by reducing production costs without any reduction in revenue," it reiterated.

The FTC also said it does not support another JPS proposal to reduce the OUR's review period from five to three years as it would likely frustrate the ability of the regulator to monitor and evaluate the behaviour of the utility company.

It explained that "one of the inherent problems overseeing any regulated industry is the information asymmetry ... which exists between the regulator and the regulated entity."

Typically, the FTC said, "the regulated entity has superior information about, say, the costs of providing the service. Reducing this asymmetry is one of the crucial reasons for establishing a review period since it allows the regulator to acquire critical information while key variables, such as price, are stabilised."

It suggested that reducing the review period is likely to reduce the quality of the information that the regulator has at its disposal when reviewing electricity rates, and hence exacerbate the information asymmetries.

In practice, the rate review period is typically between four and six years and "we know of no compelling reason for the JPS review period to be established outside of this range", said the FTC.

The commission reserved comments on a number of other proposals, saying that in reviewing the rate submission, its comments are limited to identifying proposals likely to influence the incentives for the JPS to operate efficiently, given the regulatory environment in which it operates.