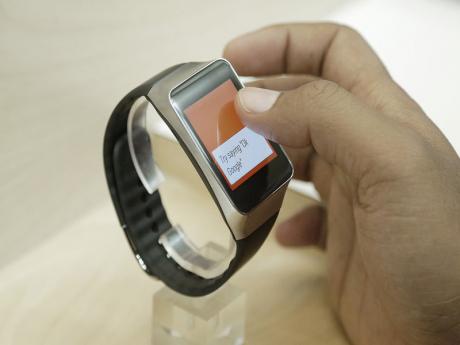 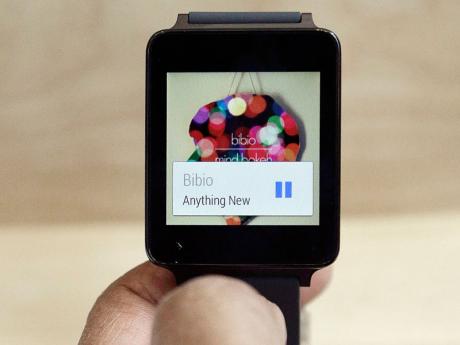 New Android wristwatches from Samsung and LG make a few evolutionary advances, though I won't be rushing out to buy either.

Samsung's Gear Live and LG's G Watch are good products and will appeal to those who like to be among the first to own new gadgets.

The watches serve as pedometers and let you catch up on email, texts and Facebook notifications while your phone is in your pocket or charging in the bedroom. Even with the phone in your hand, you can check messages on the watch and keep playing video on the phone.

Both smartwatches try to keep things simple through voice commands rather than touch. They use Google's Android Wear system, which I reviewed earlier.

Android Wear has a lot of potential, but still lacks the functionality of even last year's smartwatches. Your ability to reply is limited, and there's not much you can do yet without a companion phone nearby.

The companion phone must run Android 4.3 or later, which covers about a quarter of the Android devices in use. It doesn't have to be a Samsung or LG phone. Visit http://g.co/WearCheck from your phone to check compatibility. Don't even bother if you have an iPhone.

Even with its release of the Gear Live, Samsung will continue to sell the Gear 2 line of smartwatches, so I'll start there.

I find the Gear 2 most useful for its fitness features. The watch counts the steps you take each day. It estimates distance and calories burned and measures heart rate on your runs, hikes and bike rides. The features are rather basic, so active users might prefer a gadget dedicated to a specific task, such as measuring distance and pace using GPS. But the Gear 2 does offer a good introduction to newcomers.

Shots from the watch's 2-megapixel camera are mediocre, but that beats missing the shot entirely because your better camera is in your pocket or handbag. If you don't need the camera, you can save $100 with the Gear 2 Neo, which has similar features otherwise. Both have speakerphones for making phone calls.

The Gear 2 line doesn't use Android Wear, but a fledging system called Tizen. Samsung says that helps extend battery life to two or three days, instead of the single day on the original, Android-based Galaxy Gear. Unlike the Android Wear watches, the Gear 2 and the Gear 2 Neo both require a Samsung phone.

Out of the box, the Gear Live looks much like the Gear 2. But once you turn it on, it stays on. The watch face doesn't go dark as the one on the Gear 2 does after inactivity.

Unfortunately, the promised battery life is back down to a single day, though actual performance varied depending on use. The best I got was a day and a half on a full charge. In the worst case, about half the charge was gone in just five hours.

The Gear Live doesn't have as many fitness features. You can count steps and measure heart rate, but you can't measure distance or calories with built-in apps.

In addition, there's no camera or speakerphone. To make calls, you need a Bluetooth headset paired to your phone.

Because the Gear Live and the G Watch both use Android Wear, they have similar functionality. You control both mostly by voice. There aren't many icons or buttons on the screen, as you'd find on previous smartwatches.

You do have to get used to swiping left (for more information) or right (to dismiss a notification). But otherwise, the interface is clean and simple. One thing I wish for: a central place to view notifications, including ones I've dismissed.

LG is hoping to make its watch easier to use by making it without a physical button. It's not really needed when voice control is so prominent, and I've used the Gear Live's physical button only as a fallback for when I couldn't figure out how to do something.

The LG watch has about a third more battery capacity than Samsung's, but both watches lasted about the same amount of time in my tests.

The resolution and colours on LG's always-on screen aren't as good as they are on Samsung's, though LG's notifications use larger type and are easier to read.

The G Watch's strap feels rubbery, but it is replaceable with any standard 22-millimetre watch strap. The hard-plastic feel on Samsung's watches isn't much better, but you can replace their straps, too.

Motorola plans to come out with the round-faced Moto 360 this summer, while the ones out so far have had square displays. And Apple is widely expected to have its own smartwatch this fall.

I recommend waiting to see what they do. You might still gravitate toward Samsung's or LG's watch, but you risk regret if you buy one now.