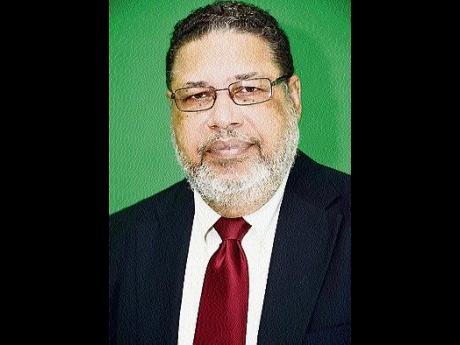 Recent events raise questions about our independence and sovereignty. The United States and Britain have weighed in on the matter of our commissioner of police. The heads of government of CARICOM states are debating membership in the Caribbean Court of Justice, and Jamaica's right to amend the laws relating to marijuana. The head of the International Monetary Fund, Christine Lagarde, flew in and pronounced on our economy.

The independence and sovereignty of a people are manifested not just in the trappings. The dotcom Jamaican domain, the flag, the coat of arms are all important, but more in their symbolism than the fundamentals. The ability to make independent appointments of those who would, in their daily duties, cause the society to function is fundamental to the State's being truly independent.

We give away significant portions of this ability to be in charge of our affairs when we are constantly on our knees begging. Unfortunately, that is almost the perpetual state of affairs in Jamaica. We beg, beg and then beg some more. This leads all manner of persons to 'tek liberty wid we'. The Gleaner, on Thursday, July 3, 2014, provided an insight into how this works.

We are hit hard by the severity of pressures being applied by significant external partners. The use of language in this report by Gary Spaulding is most noteworthy: "hard hit"; severity of pressure"; "forced to ensure". The desired effect is obvious. Who owns us?

The political union that is at the core of this 'integration movement' must be sanctioned by the people of Jamaica. Do we wish to be ruled from Georgetown, Guyana? I am firm in my respect for the voice of the people and will accept any decision they collectively make. I will, however, campaign as vigorously against the 'integration movement' as it is humanly possible to do. My recollection is that in 1961, we dealt with that issue and the passage of time has not varied the parameters enough to change the outcome. Have we no dignity?

CNN International accommodated on July 2, 2014, an item titled 'Jamaica selling out its paradise'. The author is reported as being Wendy Townsend. She writes for children and young adults, a most admirable calling, but she also indulges in an offbeat activity. She and her family raise lizards as pets. How many Jamaicans do you encounter who raise lizards as pets? Most women in this paradise would fight valiantly for extended hours to satisfy themselves that there are no lizards around, be it a polly or a croaking. The man, or any male, who will not offer to aid in the task of ridding the surroundings of lizards is a prime candidate for replacement. But I digress.

This author asserts: "But now the Jamaican Government is preparing to sell Goat Islands to the China Harbour Engineering Company (CHEC) to build a mega freighter seaport and industrial port" in an area of "ocean" and land with rich biodiversity of birds, reptiles, plants, trees and marine life. In the rest of her article, however, she states how many iguanas are to be found on the Goat Islands. She correctly mentions the reptiles (eaten in Belize) to be found in the Hellshire Hills. She goes on to state that CHEC is a part of a conglomerate blacklisted by the World Bank. Has she ever heard of the following US corporate entity ENRON, or Barclays, UBS Royal Bank of Scotland and ICAP have paid fines of US$2.5 billion for questionable activities (Forbes magazine May 10, 2013). The world of the USA also has many bad actors.

The plea is for us to set this paradise aside for the tourist. The language becomes poetic. "Imagine a four-foot-long, 15-pound dinosaur-like animal walking out of the bush, sitting down nearby, and making eye contact with you. Poetic, indeed.

Please contrast that with 40 per cent of our young people who are unemployed and the vast number of children underserved in educational institutions who are poorly equipped. The hospitals that lack the basics, such as IV fluid, medication and diagnostic equipment that has broken down with no funds available to effect repairs or purchase new, more modern ones.

Be poetic about gazing into the eyes of the most precious iguana while we, as a country, lack money to purchase fire trucks and keep the correctional system intact. Paradise, indeed. There must be something special about making eye contact with an iguana, but there is something tragic about a mother's inability to feed her hungry child.

How sad. One can always find a poster child in the form of Venroy 'Booms' Williams and Paulette Coley to join ranks with that CEO to find every opportunity to wax poetic about the biodiversity having domain over mankind. The battle is on in earnest. Jamaica and its people must first have 'quality' lives and livelihoods.

Ronald Mason is an attorney-at-law, mediator and talk-show host. Email feedback to columns@gleanerjm.com and nationsagenda@gmail.com.