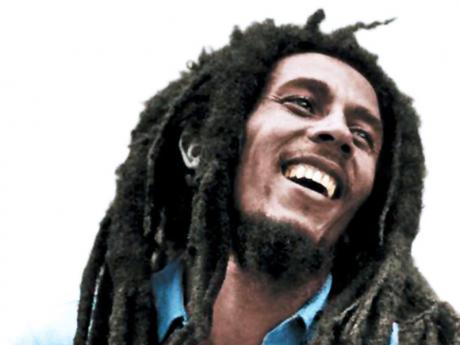 Originally released on May 8, 1984, this year marks the 30th anniversary of Bob Marley's Legend album, and last Monday, Universal Music Enterprises (UME) marked the historic occasion with the release of a special CD/Blu-ray edition of the album.

Titled Legend 30th Anniversary Edition, the album was produced by Island Records in collaboration with Tuff Gong Music and UME. According to online reports, the deluxe version of the album was mixed by Grammy Award-winning producer, Bob Clearmountain.

The album is said to feature an early studio version of No Woman, No Cry, as well as previously unheard alternate takes of Easy Skanking and Punky Reggae Party, the latter produced by the legendary Lee 'Scratch' Perry. The takes were recently discovered in the Marley vault. Other tracks included are Three Little Birds, One Love/People Get Ready, I Shot the Sheriff, Jamming, Exodus, Redemption Song, and Is This Love.

Both the CD and Blu-ray Pure Audio Disc can be found in a 28-page book featuring unseen photos and forewords written by Sir Paul McCartney, Stevie Wonder, and liner notes by Christopher Farley, author of the book, Marley.

Also in celebration of the album's 30th anniversary, Tuff Gong International, Ben & Jerry's and social media platform Tongal have collaborated on a project in the hopes of debuting a brand-new video for Marley's mega-hit, One Love.

Dennis Wolfe, vice-president, music content and partnerships at Tongal, said the team wanted to work on a project that not only honoured the late reggae legend, but to also include his fans. The initiative uses Tongal's social media platform, and is the first time Tongal has partnered with a major artiste with a major brand to create a new music video. Under the project, fans were invited to submit ideas to create a new visual identity for the iconic 1977 track from Bob Marley and the Wailers via Tongal's website. The submissions closed last Monday.

Selected ideas will be collected into a pitch process where people submit their ideas on how to turn these concepts into reality. Last, pitch winners go into production and deliver their finished work by September 1. Entrants were encouraged to include themes of social connectedness and making the world a better place. Winning ideas will receive US$250, pitch winners get US$2,500 and final-round video directors receive US$9,000. However, there is no word on when the premiere of the completed video would make its debut.

Legend remains the world's best-selling reggae album to date and continues to be one of the best-selling catalogue albums.