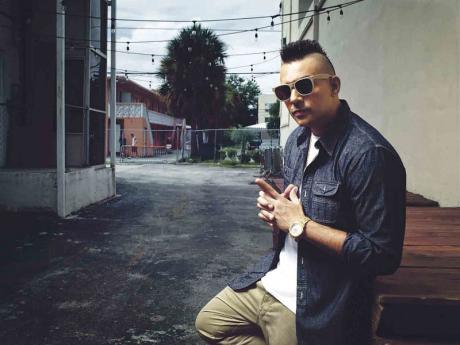 International reggae/dancehall superstar Sean Paul is busy fulfilling the title of his sixth studio album, Full Frequency, as he continues to complete an extensive world tour which has so far spanned four continents.

The Grammy Award-winning artiste is currently in the UK for his latest appearance at the UK Wireless Festival (July 5 and 6) at Perry Park in Birmingham and Finsbury Park in London, respectively.

The Wireless Festival is celebrating its 10th anniversary with a world-famous selection of the best in hip hop, pop and dance. Sean Paul joins a cast of fellow international stars like Kanye West, Bruno Mars, Pharrell, Robin Thicke and Ellie Goulding.

Sean Paul is bringing his own sense of excitement to the Birmingham-London festival, as it is called in some parts of the UK, with hits such as Want Dem All and Other Side of Love from his Full Frequency album. The renowned international star has been busy on the Full Frequency tour, which has brought him to North and South America, Europe and Central Asia, with recent stops in Baku, Azerbaijan and Kazakhstan.

The artiste, who has been hitting up the airways with his latest hits including the Major Lazer project, Come on to Me, and the recent release of the English version of Latin singer Enrique Iglesias' Bailando, will return to local shores to grace the 22nd staging of 'The Greatest Reggae Show on Earth', Reggae Sumfest, after a 10-year absence.

Sean Paul will be in the mix of international stars when he appears on International Night II on the closing night of the festival, Saturday, July 19. Sean Paul appears alongside hip-hop sensation, Future and 'Jamaica's favorite songstress', Tessanne Chin, to name a few.

Reggae Sumfest will be staged July 13 to 19 with a beach party on Sunday, July 13 at Aquasol Beach, the All-White party on Tuesday, July 15 at Pier 1, and stage shows from Thursday to Saturday at Catherine Hall. The festival will feature some of the greatest local and international performers, among them Chronixx, Jah Cure, Beenie Man, Sanchez, Bounty Killer, I-Octane, Assassin, Wiz Khalifa, Tessanne Chin, and Freddie McGregor.