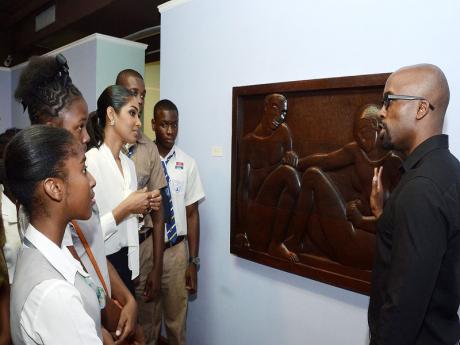 Minister of Youth and Culture Lisa Hanna (centre), along with students from various high schools in the Corporate Area, listen as Oneil Lawrence of the National Gallery Jamaica tells them about a piece titled 'Adam and Eve', during a tour of the gallery last year. - File 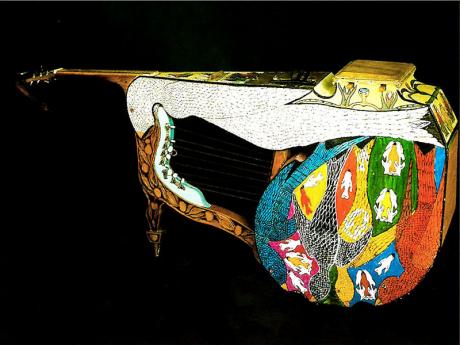 In a recent interview with The Sunday Gleaner, Dr Veerle Poupeye, executive director of the National Gallery of Jamaica (NGJ), hinted at great things on the horizon for the institution. Fast-forward a couple weeks and those things are fast becoming a reality as the NGJ looks to expand its reach in the western end of the island.

Dr Poupeye described the centre as a beautiful space with fantastic art, and says it will be something she expects Jamaicans to welcome.

The inaugural exhibition is set to run from July 11 to August 31, and will be a shortened version of the 'Religion and Spirituality' exhibition shown in Kingston earlier this year. It features work by major Jamaican artists like Carl Abrahams, Osmond Watson, Edna Manley, Albert Artwell, Everald and Clinton Brown, Eugene Hyde, Ralph Campbell, Mallica 'Kapo' Reynolds, and Ebony G. Patterson.

The opening hours for the Montego Bay Cultural Centre and National Gallery West, will be Tuesdays through to Sundays from 10 a.m., to 6 p.m. According to the National Gallery West's official Facebook page, admission will be free until September 30, after which, members of the public will be charged. The amount has not yet been determined but the operators say it will be reasonable. The Centre will be closed to the public on Mondays.