Ellington tek wi fi fool - Why walk as if pushed? 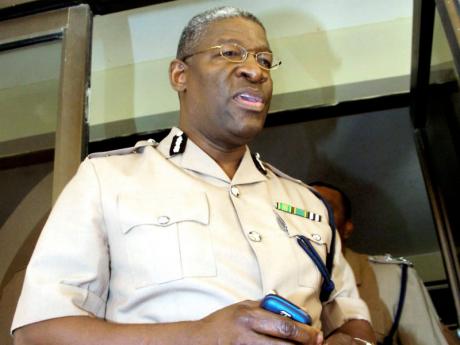 Owen Ellington's sudden and unceremonious departure as police commissioner has left me, like many other Jamaicans, sad, suspicious and embarrassed. We know the criminal class, as well as Jamaicans for Justice when Carolyn Gomes led that organisation, would be happy to see the back of him.

Most Jamaicans, including Ellington's immediate political boss, Minister of National Security Peter Bunting, were rooting for him. By the time this column is published, we may have better particulars as to why Ellington has walked, just shy of age 52 and only four years into the job which he could have carried for up to another eight years to age 60. Never mind the whitened hair! It's a tough job.

This is the kind of big national story crying out for dogged investigative journalism unearthing hard facts instead of the 'he said, she said, we speculate' pap that we have been fed since the bombshell announcement of the commissioner's retirement last Monday afternoon.

Both the minister and the commissioner himself have sought to assure us that he had not been pushed. So why walk as if pushed? In the face of robust public expressions of confidence and visibly warm camaraderie in the public eye, it is hard to imagine the minister doing the pushing. While crime levels remain unacceptably high, they have been inching downwards. The same newspaper on the same day, last Tuesday, reporting on the front page, 'Commish steps down', was reporting inside, 'Police report drop in murders'.

After the tensions of the last administration which may have affected performance, the officers and rank and file under Ellington's command generally have very high regard for him, despite several hundred of them being removed or indicted over corruption issues under his watch. It was to the Police Officers' Association in a long teleconference after the sudden announcement made only hours after a normal and regular Monday morning operations meeting with senior officers that he gave the assurance that he had not been forced into retirement.

Ellington, a keen, strategic thinker able to articulate a clear vision for policing, has substantially restructured the JCF, creating or strengthening several high-powered anti-crime units, as well as the Anti-Corruption Branch, while improving capacity to look after the service personnel he commanded, all on a shoestring budget.

Owen Ellington has walked leaving his integrity and credibility opened to suspicion. And this is the cause of my own sadness and embarrassment. No one is indispensable. And leadership succession shouldn't even be an issue in the JCF at this time. The force in recent years has developed a cadre of highly educated leadership material, with many officers, including Ellington himself, having postgraduate degrees and extensive overseas exposure to policing best practices. It should be a cinch to tap his replacement from the ranks of deputy and assistant commissioners to seamlessly carry on the strategic plan for law enforcement, especially after the failed experiments with outside commissioners and with expatriate leadership for crime fighting. Brain has replaced brawn in top police leadership.

The fundamental problems of the police force are resources; internal culture resistant to change; history, particularly the use of force, which has engendered bad relationships with large pockets of the citizenry; and archaic, inertia-laden organisational structures and operational procedures.

Nobody believes the incredulous reasons Ellington has tendered for his precipitous decision to go on unplanned retirement leave. I am not only sad, suspicious and embarrassed, I am also angry, because a man whose intellect and integrity I have held in high esteem a tek man fi fool. There is too much of this tomfoolery in public administration and politics and I thought Ellington was bigger than that.

Ellington's shallow reasons set him up for suspicions of culpability. Furthermore, if he was not pushed as he is strenuously seeking to persuade us despite the drastic suddenness of his departure which caught even his executive management board off guard, he leaves us to wonder whether he might not have compromised his integrity and standing in some regard which made sudden retirement the most honourable way out. Falling on one's sword. At the very least, his judgement is now called into question.

Ellington could have had enough of a tough job. The straw that breaks the camel's back may have been added to his considerable load. Or, with comparative youth in his favour, he may have spotted a bright opportunity and is perfectly free to go. But his precipitous exit shrouded in mystery smells. And we may never get to the source of the odour.

The director of public prosecutions, Paula Llewellyn, has come out swinging for more resources for justice. And she wants help from civil society. Lamenting "the chronically low levels of financial support to the justice system", she has called for civil society to "rock the boat" and push the Government to spend more money within the sector.

I have long been calling for two things: First, for more public servants to lay out to the public the state of their units which stand in the way of better performance. The glossy annual reports (The gloss is now forbidden!) are too big on pretty-pretty and PR. And never mind the regulations for secrecy and confidentiality, public officers are well within their remit to spell out to the public the facts of their operations and are only inhibited by fear and an overabundance of respect, both of which Ms Llewellyn is now prepared to discard and talk up.

"You must be prepared on the appropriate occasion," Llewellyn told the Rotary Club of Lucea, "to rock the boat and let the public know what is happening." I have wanted to see the JCF under Owen Ellington doing this.

Second, I have been calling for more resources for Justice and Security, which are the core functions of government everywhere, every time, and without which nothing else can flourish in the state.

With only 43 prosecutors for the entire island, Ms Llewellyn would have us to know that there are: 569 cases before the Home Circuit Court alone; 725 matter before the High Court Division of the High Court; and 928 before the rural Circuit Court. The western regional Gun Court has 230 matters; and an average of six cases come before the Court of Appeal each week. And on top of prosecuting these cases, the DPP "receives many referrals for rulings, or guidance" from some two dozen other entities and is the "designated central authority" for several acts and multilateral agreements. How in God's name can 43 prosecutors ever move this mountain, no matter how much we bawl about the problem in our ignorance?

The police are also given 'basket to carry water'. We lament the low clear-up rate for murders when if murders were all the 12,000-member combined police force dealt with, there would still be only 10 officers assigned to each of the 1,200 new cases the force is optimistically projecting for this year based on the reduction trends under Ellington. Assistant Commissioner Les Green once advised us that in the UK, it is 30-40 police officers assigned to a single murder case, and not covering more than three or four per year.

The DPP wants basic things like courthouses and more prosecutors! "What is happening," she warned, "is that the system is almost turning on itself, because with the rate of crime having doubled and tripled in some areas over the last 30 years, you have more cases being fed into the system but the number of courts has not increased at all." The police need petrol and tyres and bullet-proof vests and breathalysers and computers. They need at least twice the number of men and women now in uniform, and ... .

Top-slicing a mere five per cent from this year's Budget could repurpose $27 billion for Justice and Security, forever the main business of the State and its government. Keep that up for a few years and ... .

Stand firm, Miss Paula. And I wish the new commissioner of police well with his basket.