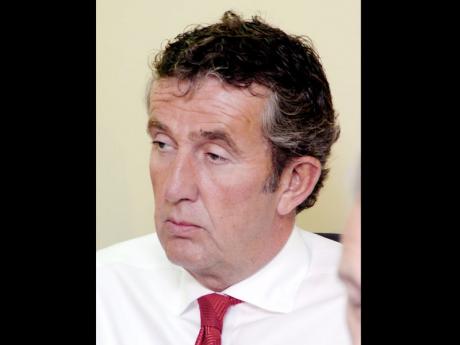 
In an article published in The Gleaner of July 1, 2014, 'Silent coup against lawyers', Gordon Robinson, himself an attorney-at-law, complains about Jamaica's "new slave masters (World Bank, IDB, IMF, etc. [sic])" assaulting freedom and democracy and pushing us towards an "unjust society".

He contends that the shame of failing to keep lawyers exempt from the Proceeds of Crime Act's (POCA) rules must be shared not only by the so-called "new slave masters", but also by members of parliament (mostly lawyers themselves) and even by the Bar Association, all complicit in this alleged "coup".

According to Gordon Robinson, a free society requires that lawyers be immune from any "incursions" from public authorities, because the independence of the Bar is an essential principle of fundamental justice and because solicitor-client privilege is a primary component of any decent charter of fundamental rights.

Gordon Robinson's complaints raise several important questions that are relevant to any country, and especially to a country with organised crime and political corruption. The first question is: Are certain citizens or professions to be made exempt of any legal scrutiny from law-enforcement legitimate authorities? The answer is, of course, not, and, with respect to lawyers, there are innumerable instances of lawyers being found actively and prominently participating in organised-crime activities (in particular, for providing a fake legitimate cover to organised-crime business).

The second question is: Is it society-wise acceptable that the solicitor-client privilege be used to cover up organised-crime's cooperation between master-gangsters and their lawyers, some of whom may themselves lacking ethics and integrity?

The answer is, of course, not, and, regarding the solicitor-client privilege, it needs to have its confidentiality provisions submitted to the overarching principles of good faith, lawful behaviour, ethics and legal-legitimacy of involved businesses.

The third question is: In a typical list of POCA-submitted non-financial professions, what would make lawyers different from real-estate dealers or insurance brokers? The answer is, of course, nothing, as all their respective clients' legitimate confidentiality-rights to privacy have to be equally respected by all such professionals.

Gordon Robinson delves at length into Canadian legal discussions on the subject, but he seems to ignore that Jamaica has passed its own Proceeds of Crime Act, which is fully in line with the Financial Action Task Force (FATF) international prescriptions, including for what pertains to the obligation of Designated Non-Financial Institutions to duly report to the country's Financial Intelligence Unit (in Jamaica, the Financial Investigations Division) on any suspicious transactions.

A United Kingdom (UK) Court of Appeal (R v Anwoir, 2008) found that there are two ways for the Crown to prove that a property is criminal:

"(a) by showing that it derives from conduct that is unlawful, or

(b) by evidence that gives rise to the irresistible inference that it can only be derived from crime" . Thus, the Crown is not required to prove the specific criminality which it says generated the funds that the defendant is now accused of laundering. It must simply lead enough evidence so that the jury can draw an inference that the property concerned is "criminal property".

Under UK law, a lawyer is obliged to comply with the statutory requirements in relation to customer due diligence, including identification, verification and record keeping, prescribed by the Money Laundering Regulations 2007, when this lawyer acts as "an independent legal professional". This is required on a 'risk-sensitive' basis, but the statutory obligation to report suspicion of money laundering is not subject to any limitation or qualification.

There is thus no 'Silent coup against lawyers' in Jamaica. On the contrary, much more should be done by Jamaican lawyers to actively fight the scourge of money laundering and of its predicate crime of tax evasion (a predicate offence is a crime that is a part of another offence) that, in turn, will ensure foreign investment in a country known to follow and accept international rules to protect the citizens of Jamaica from crime and corruption.