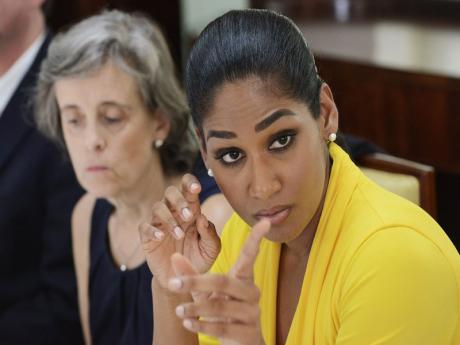 Why did he bring these to my attention? Because he was concerned that the board insisted on zero censorship as its policy and was refusing to place appropriate signs in the appropriate places to warn school groups that normally bring children to the gallery and other patrons who might not want to see such images that they were being displayed in a particular area.

I was sent a copy of the letter at that time that was sent to the board of directors, dated February 17, 2013. I later learnt that the needed signs to inform patrons of the content of this exhibit were only put in the appropriate places a mere three weeks before the end of this three-month exhibit.

I was asked not to write about this matter last year since the board member was seeking to address the matter internally. He also told me that he had to consider resigning, since most board members did not support his view of the material being shown and how it was being shown and because of their insistence on maintaining a zero-censorship policy.

He resigned from the board two months ago in consideration of the fact that, not being satisfied with the board's position on zero censorship, he had sent a letter to the minister of youth and culture, under whose ministerial portfolio the NGJ falls, but has received no response. He had been informed that the minister endorses the NGJ's position of zero tolerance.

Even more so, why has the Broadcasting Commission been given a mandate by the Government of Jamaica to regulate music and videos that promote violence and inappropriate sexual content, yet the National Gallery of Jamaica, which is open to the public, is displaying images of sexual intercourse that is illegal in Jamaica?

Why has the minister of youth and culture objected to the inappropriate training manual in the children's homes, yet she has been silent on this display of pornographic material at the NGJ? How is it that the board of that institution has said it is insisting on zero censorship and that the minister endorses this policy?

Are we saying that art stands above the laws of Jamaica? If so, on what grounds? Is there yet another outside partner who is twisting the arms of NGJ to adopt such a policy? Is the powerful arm of money at work here as it is with the firing of Professor Bain and the sudden and strange retirement of the most productive police commissioner that this country has seen in years?

Are we once again being colonised? Are we no longer a sovereign nation? Are our rights being sold out without our knowing?

This is part of a statement issued by the NGJ on June 26, 2014 in response to the matter being made public:

In the case of the 2012 Biennial, cautionary signage was prominently posted and viewers informed of the content of the exhibition before entering the Gallery. The statement also offered assistance from the Gallery's Education Department for guidance, where needed or desired. Several additional cautionary signs were also added near the artworks under discussion.

The images that have now been circulated to the media have been altered and are not accurate representations of the artworks that were on display during the 2012 National Biennial. The images now circulated are, in effect, enlargements of small images that were in a collage and two other pieces of the 126 individual pieces in the exhibition.

In an interview with Cliff Hughes on Nationwide on Tuesday, July 1, 2014, the board member made it clear that signs were not placed in suitable locations until three weeks before the end of the exhibition. Furthermore, I viewed a video about the 2012 Biennial Exhibition on the NGJ's website. In this video, the head of the NGJ is speaking about the exhibition with some of the pieces on display in the background. In one of the pieces, which was a collage, I could see one of the images that was offensive quite clearly. Yet the board, in its statement, has accused the former member of circulating enlargements of small images.

All this discussion of appropriate signs and enlarged images is secondary to the issue that the NGJ, with its policy of zero censorship, has mounted an exhibit with displays that contain images of an act that are illegal in Jamaica. Over to you, Minister Hanna. We look on in earnest to see how this seeming double standard will be dealt with.

We must seek to protect our young in every way possible. They are being oversexualised, sexually abused, overexposed to violence, and violently abused. They hear it, see it, experience it. The result - their sensibilities are being warped. We are sowing to the wind and we will reap the whirlwind!