Not serious about growth 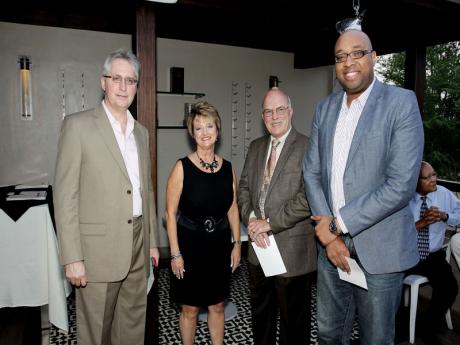 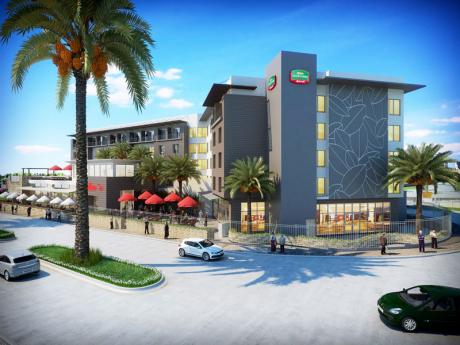 An illustration of the Courtyard Marriott hotel in New Kingston. 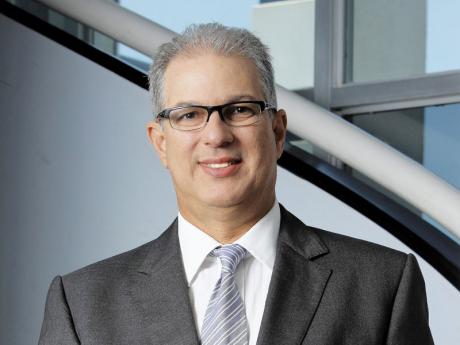 Stephen Facey, who is driving the Courtyard Marriott development.
1
2
3

It is an embarrassment, but it was quarter a century ago, under then Prime Minister Edward Seaga, that Jamaica last recorded a stretch of year-on-year economic growth above three per cent. Beyond that, some 100,000 jobs were created between 1985 and 1989, the largest number ever in a five-year period.

That growth filtered into the early years of the new Government in 1989. Things went haywire quickly after; the economy nosedived under the P.J. Patterson administrations of the 1990s with the financial crisis wreaking havoc across the economy and stunting entrepreneurial activity, resulting in a terribly lacklustre economy ridden by high levels of debt, corruption, strangling bureaucracy, and hustling.

To this day, the effects of the 1990s financial crisis, the biggest in modern Jamaican history - costing Jamaica 40 per cent of its gross domestic product - live with us. Now despite a long-overdue commission of enquiry a few years ago, the Government continues to suppress the finalisation of a comprehensive report and, of course, no one has to date been held accountable.

Jamaica for a decade and half muddled through while other nations in the region and elsewhere recorded high levels of growth and development. We, meanwhile, effectively condemned an entire generation to an almost guaranteed life of poverty while suffocating what's left of the middle class.

The short-lived JLP administration of 2007 to 2011, confronted by the economic debacle, began the process of reform, but unfortunately got derailed by a global economic crisis, the largest in nearly a century, coupled with other crises. The global economic meltdown may have presented the perfect opportunity for the Government to implement sweeping and fundamental reform - shock-therapy style.

In the end, and sadly so, this was not done presumably due, in part, to the marginal hold on government after a 32-28 parliamentary seat difference. However, the Government, to its credit, stabilised the economy, reduced interest rates to 32-year lows; kept the exchange rate stable at J$86 to US$1 for almost two years; built up near US$2 billion in net international reserves, divested loss-making public-sector entities that drained scarce public resources; and introduced modest stimulus taxation initiatives.

A change in government and with a new IMF agreement, the head of the International Monetary Fund, Christine Lagarde, on her visit to Jamaica, lamented the fact that the Caribbean (and worse so for Jamaica) "... has had a tendency to get stuck in the doldrums of stagnation — low growth, high debt, low competitiveness, high unemployment." She also pointed out that the country has made some hard choices to get growth higher and debt lower.

The question we must ask ourselves is, are we really? Are we seriously focused on growth and development, or are we simply paying lip service?

On the question of our ridiculous bureaucracy, why, despite the chronic need for growth, is it taking so long for development approvals to be granted? Recently, Sagicor Group, under its Jewel resort brand, broke ground for the development of a small but multimillion-US-dollar water park in a built-up resort area on the north coast. It took six months to receive the approvals. Note that regional best performance amounts to less than a month and a half, while in Jamaica, it runs an average four and a half months, according to the World Bank.

Incidentally, Sagicor Group is led by Richard Byles, who also co-chairs the influential Economic Programme Oversight Committee (EPOC), the public-private-sector group overseeing the IMF agreement and that regularly champions the need for significant growth in the economy. The irony is riveting.

Meanwhile, the Courtyard Marriott hotel development in the middle of New Kingston took three years to receive approval. The project, oddly enough, is driven by Pan Jam, a well-rooted and prominent Jamaican company led by the Facey family which, by the way, built New Kingston and other sections of the city as we know it.

With the titans of corporate Jamaica unable to get development approvals in an acceptable time frame, what of other investors? We currently rank 94th in the 2014 Doing Business report, are we dead set on improving our ranking within the next year or not?

As it stands now, it is beyond clear that the Government is doing little to shake up our bureaucracy and terminate the time-wasting that is suppressing job creation, increased tax intake, and thus significantly slowing the country's economic recovery.

With the tourism industry showing so much potential, it is frankly outrageous that two major tourism projects with prominent local investors having significant interest suffered bureaucratic delays getting off the ground.

While so many remain in the dark about the possibilities that substantive cannabis law reform can have on the Jamaican economy, other nations and many states in the United States of America are moving to reap the economic advantages. Colorado is already on track to pull in around US$114 million in taxes and fees alone. It is quite confusing that Jamaica, with its powerful and cemented international brand that incorporate reggae, ganja, sun, sand and sea, is still struggling to come up with a model that can extract benefits for our people and our economy.

Public opinion here and overseas has shifted very favourably for reform, and the Government has responded with some commendable measures, particularly on the human rights and social justice side, but not far enough to effect fundamental change from an economic standpoint.

The potential for substantive cannabis reform for medical research, health care, tourism, agriculture and elsewhere are extensive. There exists considerable potential for micro, small and medium-size businesses and, importantly, can positively impact many small farmers who are many times completely disconnected from so much of what is being talked about in Kingston.

The much-vaunted logistics hub initiative is still nowhere and one can safely bet that nothing will come of it for the next year or so. Meanwhile, the Goat Islands project isn't likely to move anytime soon, and the benefits to the Jamaican people and economy are still hazy at best.

As for where most of the growth will have to come from, that is micro and small businesses, most are reeling from a very bad economy with devaluation and falling personal incomes wreaking havoc on their bottom line.

On top of that, despite the clinking of wine glasses with the IMF chief at a recent Jamaica House reception, most Jamaicans are in the dark as to where we really are going and, as such, will just have survive, like we've always done, knowing full well that nothing will change for now.

Delano Seiveright is a former president of Generation 2000, a JLP affiliate. Email feedback to columns@gleanerjm.com and delanoseiveright@yahoo.com, or tweet @delanoseiv.