Head hunters and the gay agenda 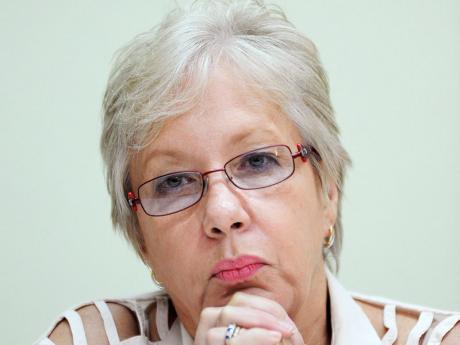 Carolyn Gomes has led the charge for Brendan Bain to be removed as head of CHART for perceived conflict of interest. - Jermaine Barnaby/Photographer 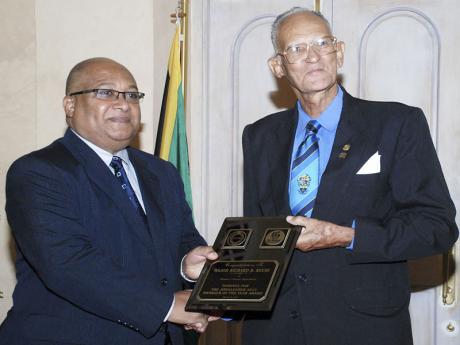 The term 'head hunter' has a number of historical meanings. Primitive tribes carried their enemy's heads home on the point of a spear. In the corporate world, it is the search for a replacement - usually a chief executive officer. A more recent use of the term has been the success of the lesbian, gay, bisexual and transgender (LGBT) groups to have prominent persons removed from office because of alleged offences against the group's objectives.

A recent widely discussed case in the United States was that of Mozilla's co-founder, technological expert Brandon Eich, who was driven from the presidency by an Internet lynch mob when it was discovered that he made a contribution of US$1,000 six years ago to the now-overturned 2008 gay-marriage ban in California. As Professor Robert George of Princeton University has noted, "Now that the bullies have Eich's head as a trophy on the wall, they will put the heat on every other corporation and major employer who declines to conform their views to the new orthodoxy."

Jamaica now has such a case, with the firing of Professor Brendan Bain, the head and project manager of the Caribbean HIV/AIDS Regional Training (CHART) Network by the UWI vice-chancellor. There has been much discussion of the case, with demonstrations and groups such as the Medical Association of Jamaica, the Human Resource Management Authority of Jamaica, the Jamaican Bar Association and others protesting the firing of Professor Bain.

Daniel Thwaites' column in The Sunday Gleaner was headlined 'Bain beheaded by gay Taliban'. The Gleaner, in its aggressive editorials, has clearly painted Professor Bain as the villain in the story. It has unfortunately been joined by columnist Ian Boyne ('More heat than light') in attacking those who have called for academic freedom, but while this is one of the issues, it is not the substantive issue, which has been deliberately ignored.

The issue is a fundamental one, and it has mobilised the Jamaican community in general, the Church in particular, and other civil-society groups to challenge the UWI's action. What are the issues?

2. Some Unjust Reasons for Firing the Professor

Professor Bain did nothing wrong and there are no legitimate reasons to lose confidence in him.

The action potentially limits our access to all scientific research and information related to HIV/AIDS and prevents medical experts and research professionals from carrying out their mandates.

The vice-chancellor failed in his duty to uphold justice and act in the broader interests of the public.

The claim that the professor was damaging the university is baseless.

In April 2012, the US-based Health Resources and Services Administration (HRSA) awarded a five-year, US$9-million grant to UWI for continuation of the work of the CHART programme in 12 CARICOM countries as one part of a US-Caribbean regional HIV/AIDS Partnership framework. This is the first time that a university outside of the USA has received such an award and it is one of the largest grants received by UWI in recent years. It is a signal honour, due in large measure to the confidence placed in Professor Bain and his team by the donor.

Dr Bain was appointed to the staff of UWI in 1980 as the first person with specialist training in clinical infectious diseases and has been a tenured professor since1999. A former student-and-now medical professor in the United States noted, in his commendation of Professor Bain, that many of the aid agencies have specialised agendas and are the new colonialists.

The Caribbean Vulnerable Communities Coalition group led by Dr Carolyn Gomes, the former head of Jamaicans for Justice, has a ruthless set of objectives that seek to dominate the media. 'The right of the individual's action', irrespective of the moral consequences of those actions, represents a key objective of the group. Truth, when presented, is seen as an irrelevant or inconvenient item in any specific struggle. The repeal of the buggery law is a major objective of the gay community. The reason is that they have used the law as applying mainly (only) to homosexuals.

Expert legal opinion. Attorney Maurice Saunders, Observer, May 21, 2014 points out that the law does not discriminate against homosexuals and there is no good reason to change it. The report of high-fives and 'you go, girl' at the gay celebration with others saying that the 'UWI is all ours' (Observer, May 30) may well be premature.

6. Objectives of the Protest Movement

The protest movement is gathering strength in Jamaica and the Caribbean and has the following objectives:

The retraction of the firing of Professor Bain and his reinstatement to his former position.

Taking steps to restore the university's credibility in the Caribbean and international marketplace.

Restoring the viability of the project in case of any threat to its viability.

Many persons are now proposing that a referendum be held to consider the repeal of the buggery law in Jamaica.