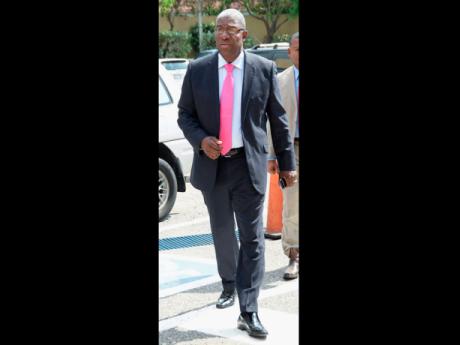 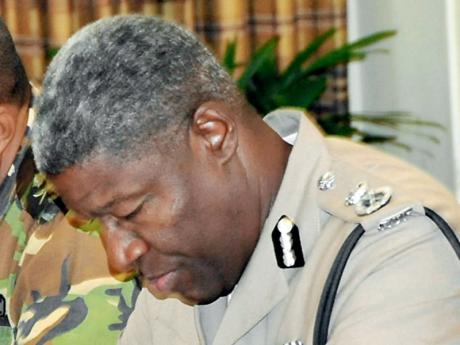 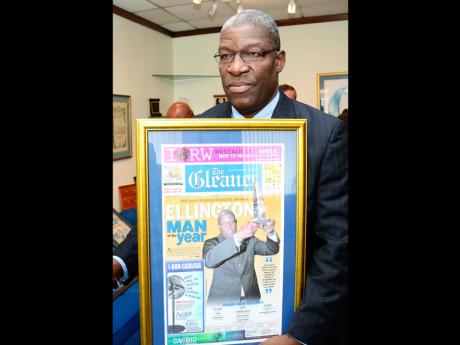 Police Commissioner Owen Ellington poses with a framed copy of the November 8, 2011 front page of The Gleaner announcing him as the 2011 Man of the Year. - FILE
1
2
3

Two years after handing Owen Ellington an unambiguous vote of confidence as the commissioner of police, the United States has refused to respond to speculation that its loss of confidence in the top cop sparked the abrupt end of his four-year run.

"We refer you to the Government of Jamaica for questions about Commissioner Ellington's departure," said the US Embassy in Kingston in response to questions from our news team that its government had lost faith in the top cop.

A similar response was presented when the embassy was quizzed about whether the US, backed by other international partners, indicated that it would no longer be willing to work with Ellington.

The latest response from the US Embassy in Kingston came days after it told our news centre that it was concerned about reports of extra-judicial killings by members of the Jamaica Constabulary Force (JCF) and wants the Government to take action to ensure that "any and all perpetrators of alleged gross violations of human rights are brought to justice".

Now, the deafening silence from the US on whether it had lost confidence in Ellington has added to the growing speculation which has emerged since the security ministry announced last Monday that the commissioner would proceed on vacation leave with immediate effect and quit the force at the end of the leave.

It was only in 2012 that the US used its annual narcotics control report to express confidence in Ellington, while stating that he, like his predecessor, faced internal, judicial and political roadblocks in the effort to reform the force.

The report praised Ellington for his public stance against corruption, but questioned whether he would secure the necessary legislative support and political backing to make significant progress.

That confidence seemed to have been shared by National Security Minister Peter Bunting, as he defied members of his party who sources indicated were calling for Ellington to be replaced because his appointment was allegedly "politically influenced" under the Jamaica Labour Party administration.

Fast-forward two years and Ellington is headed out, and the most the US has been willing to say is that its government "places great importance on its relationship with the Jamaican Government and civil society. We enjoy close bilateral cooperation on a broad range of social, economic, and security issues".

The embassy added that it "remains concerned about allegations of extrajudicial killings by elements of the JCF. While investigations into these allegations continue, the US is managing assistance in accordance with our laws and policies governing US foreign assistance".

While allegation of extrajudicial killings have blotted the reputation of the JCF over the years, recent allegations by the Independent Commission of Investigations about several murders by the police in Clarendon and the arrests and charge of more than 10 cops in recent weeks have sparked fresh claims of a death squad operating in the force.

But even as the US Embassy responds to the sudden resignation of the commissioner in terse language while pointing to these allegations, the security minister has gone almost completely silent since his initial reaction last week.

It's almost two years to the day that Bunting declared that the commissioner he inherited from the Jamaica Labour Party administration enjoyed his unstinting confidence.

It was in July 2012 that Bunting defiantly declared to Ellington's detractors in his political party that the nation's top crime fighter would be going nowhere.

At that time, Bunting refused to mince words, declaring that there was no ambiguity about his position as minister of national security.

"I believe that national security is one of the areas that we must leave outside of partisan politics," said Bunting.

But now, with the explanation for Ellington's abrupt end to a 34-year career eliciting a mixture of scepticism and cynicism across the public domain, Bunting has chosen to offer no more on the man who marshalled his men and women into the 2010 west Kingston operation and who grabbed public admiration, even being acknowledged as The Gleaner's Man of the Year in 2011.

This has prompted public commentator Richard 'Dickie' Crawford to scoff at Bunting's explanation for Ellington's departure.

"Nobody believes the minister about voluntary resignation from a statement written, in fact, by the ministry.

"This explanation is another example of the contempt that the ministry has for the common sense of Jamaicans … and I would imagine for its overseas partners, as well, based on their responses to the issue," asserted Crawford.

He charged that subsequent statements from other government spokespersons reveal the sad story of trying to evade responsibility and make light of one of the gravest problems facing Jamaica.