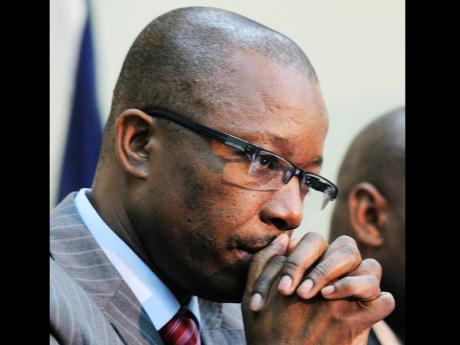 Several Jamaicans continue to circulate pornographic images of children despite repeated warnings that this is a criminal act. And, to compound the problem, the police are struggling to catch these perverts.

Under the Child Pornography (Prevention) Act, a person who knowingly distributes, produces, advertises, imports or exports child pornography commits an offence and is liable, on conviction, to a fine or to imprisonment for a term not exceeding 15 years, or both.

Persons who circulate pornographic images of adults without their consent are also breaching the law, but the police note that they need a complainant before action can be taken in these cases.

"We have the capacity and expertise to track down persons who post pornographic material on the Web. We will arrest and prosecute where possible, but we usual need a complainant," head of the police's Organised Crime Investigation Division (OCID), Senior Superintendent Clifford Chambers, told The Sunday Gleaner.

"But if the person in the video is a child, no complainant is needed as consent cannot be given by a minor," added Chambers.

Although the group is private, it can easily be accessed by anyone, including minors and paedophiles, as all it takes is for a request to be sent to the group's administrator and access is granted with no questions asked.

One video recently posted to the page shows a student of a local high school engaged in an expletive-laced sexual act with a man in the trunk of a taxicab. This video is being shared widely as scores of persons pass it on using their smartphones.

For Chambers, this reflects the strides made in technology as more and more persons get access to the Internet and not necessarily an increase in the number of pornographic videos being created.

"There is no real evidence to say that there is an increase in these activities, but we can say that they are coming to the fore more," argued Chambers.

"We are not getting an increase in cyberextortion, so based on that, we are saying that there is not necessarily an increase in those crimes. It is just that the information is coming out there more now.

According to Chambers, OCID has discovered that most of the pornographic material that goes viral, even those involving schoolchildren, originate from adults' electronic devices.

"There are more pornographic clips being found on an adult's phone than on a child's phone," Chambers said.

"But what you will find is that a pervert male will have hundreds of these clips on his phone, but there might be one or two of particular schoolgirls. What may go viral is the one or two of that particular schoolgirl, but the hundreds of other pornographic clips will not go viral. It is the ones of juveniles or schoolchildren or so on, because that seems to be the hot topic; that seems to be the taboo."

Chambers said OCID has watchdogs that comb the Internet for inappropriate content, but in most instances, it is made aware of most of these videos and photos when reports are made.

"Persons who are found with explicitly sexual content of a person who appears to be underage immediately become a person of interest in an investigation to determine if they are having sex with children, and this is immediately turned over to CISOCA (Centre for Investigation of Sexual Offences and Child Abuse) for further investigation," Chambers revealed.

"We need our children and some adults to understand that sex comes with responsibility, and I am not sure why they think the whole world needs to see what they are doing."

The operators of the popular social media network Facebook have decided not to shut down the Jamaican page 'DAY AND NIGHT (A BAY VYBZ INNA THIS)' despite indications that it is posting videos of children involved in sexual activities.

The administrators of the page recently posted a video of a student of a local secondary school having sex with an adult male in a motor car, among other pornographic material.

But when contacted last week, Facebook said it deemed nothing to be wrong with the page 'DAY AND NIGHT (A BAY VYBZ INNA THIS)' despite it being laced with pornographic material.

"Thank you for taking the time to report something that you feel may violate our Community Standards. Reports like yours are an important part of making Facebook a safe and welcoming environment. We reviewed the group you reported for containing nudity and found it doesn't violate our Community Standards," said the administrators of the social network, which was launched in 2004.