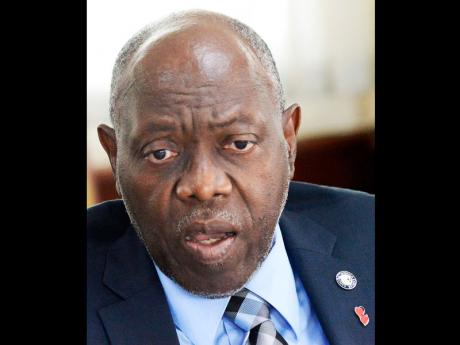 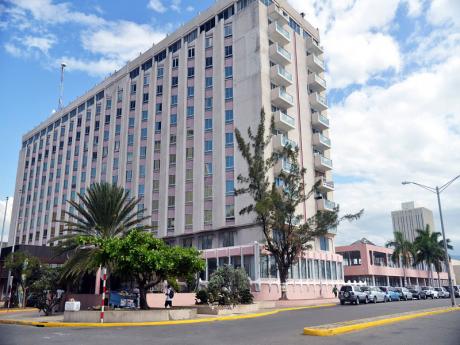 The soon-to-be relocated Ministry of Health headquarters in downtown Kingston.
1
2

The Jamaica Civil Service Association (JCSA) has warned the health ministry that it could instruct its members not to turn up for work if conditions are not improved at its downtown Kingston head office shortly.

According to Owen Grant, president of JCSA, the union has been contacted by staff who work at the health ministry base at 2-4 King Street, who say the conditions at the facility are unbearable.

"We are very concerned, as we understand that the conditions there are very poor and are unsuitable. We have indicated through our representative on the ground that we are seeking audience with the minister to have these remedied as soon as possible," said Grant.

The health ministry, which is in the process of relocating from the building, has already removed 60 per cent of its staff complement from the facility; however, those that remain say the are working in "hell".

Employees told The Sunday Gleaner that the central air conditioning is not working. And despite being metres from the waterfront, they face boiling heat on the third floor of the building everyday.

According to the employees, they have resorted to opening the windows, but then they have to contend with the noise related to the hustle and bustle of downtown Kingston.

Minister of Health Dr Fenton Ferguson last week accepted that the conditions were not ideal for the people working there, but argued that because of the size of the staff at the ministry, it was impossible to relocate everyone at the same time.

"Given the staff complement of the ministry, we were not able to get one place for everyone as we had it at 2-4 King Street," Ferguson told The Sunday Gleaner.

We are going to be located at Barbados Avenue, on Half-Way Tree Road, at the Kingston School of Nursing, as well as the RKN Building in New Kingston. So each location has to be prepared for our staff before we can move them" argued Ferguson.

Permanent secretary in the ministry Dr Jean Dixon backed the minister's claim that the removal of the staff from the King Street location is a work in progress, as she expressed confidence that the rest of the staff will be relocated by the end of July.

"We expect another wave of staff to be removed from the 2-4 location to the Kingston School of Nursing, and for some to be sent to a temporary facility at the Medical Lab, and we have contingency plans for the others. So in the event that we have to move, the only thing that would hold us up is the movement of furnishings into the location at the RKN building."

According to Dixon, while the current working conditions at the King Street facility was unsatisfactory, the lack of central air conditioning was not new.

"That building has always had a chronic problem with the malfunctioning of the AC unit. It's not a new thing, and the summer heat is on us, and usually when the heat is upon us, the AC fails, so the building is usually hot during this time of year."

But this is no consolation to Grant, who said the union is demanding that the remaining staff be removed from the location immediately.

"We have asked the minister to indicate a timeline for the removal of the staff, and we expect a response from him by Monday, as if these conditions persist, it is feasible that we could advise our members not to report to work at that building.

"We want the staff to be removed in no more than a week, because we are talking about human beings, not animals, to be locked up in an oven. In fact, I'm pretty sure if you go to Dr Dixon's office, it is very cool and comfortable," declared Grant.