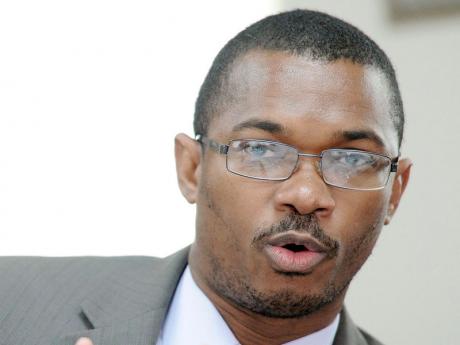 JAMAICA HAS established a committee which has been charged with the responsibility of leading national consultations and coordinating activities relating to the implementation of the World Trade Organisation (WTO) Trade Facilitation Agreement (TFA).

Junior Foreign Minister Arnaldo Brown, in making his contribution to the 2014-2015 Sectoral Debate in the House of Representatives last week, said the committee is to be chaired by representatives of the Ministry of Foreign Affairs and Foreign Trade.

According to Brown, the team will include representatives of the Ministry of Industry, Investment and Commerce, the Trade Board, the Jamaica Customs Agency, the Ministry of Finance and Planning, Jamaica Trade and Invest, and other agencies.

Brown said the outcome of the consultations would provide the basis for determining Jamaica's implementation of the agreement, including those provisions that will be implemented immediately upon the TFA entry into force.

He said the WTO should be advised of these provisions before the end of July.

Brown told the House of Representatives last Tuesday that the objective of the agreement is to ensure the implementation of transparent, consistent and predictable procedures and practices at the border aimed at reducing transaction costs and improving the national trading environment.

According to Brown, work is currently under way in the WTO on the approach to be adopted, "in order to reinvigorate the other areas, such as agriculture, non-agricultural market access and services, on which there has been no agreement".

"This is a significant challenge as these three areas have been the most contentious throughout the negotiations," said Brown.

Noting that trade facilitation is a key component in improving Jamaica's national trading environment and international competitiveness, Brown said the agreement contains provisions for expediting the movement, release and clearance of goods in WTO member states.

There is also a provision in the agreement for special and differential treatment for developing countries and least-developed countries such as Jamaica.

Brown said all developing countries, including Jamaica, will be able to determine the pace of implementation of the agreement.

"Implementation will be closely linked to the extent and timing of implementing commitments on the one hand, and a country's legal, technical and physical capacity to implement on the other hand," said Brown.

He further told the House that developing countries and the least-developed countries will be able to obtain technical, financial and capacity-building assistance from donor countries and donor agencies to assist them in implementing the agreement.

The move to put in place the TFA follows the failure of the WTO to secure meaningful success in the Doha Round of multilateral trade negotiations, which was launched in 2001.

But the United States and European Union are reportedly not allowing the talks on agriculture to progress, pushing instead for the relaxation of customs rules on the borders and reduction in red tape to facilitate trade.

However, the refusal of India to ratify the TFA that was discussed during the ninth ministerial meeting in Bali, Indonesia, has thrown the package in limbo, with India's ambassador to WTO, Anjali Prasad, quoted in the international press as saying the Bali package is getting increasingly "subordinated to the might of the developed world".