SHINTOISM: Religion without a God 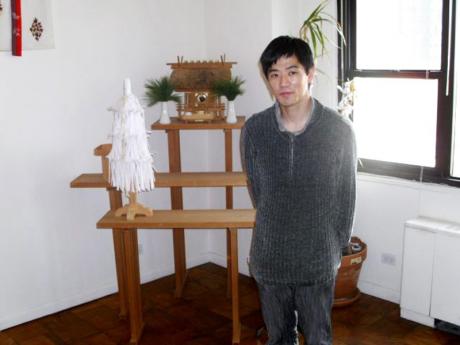 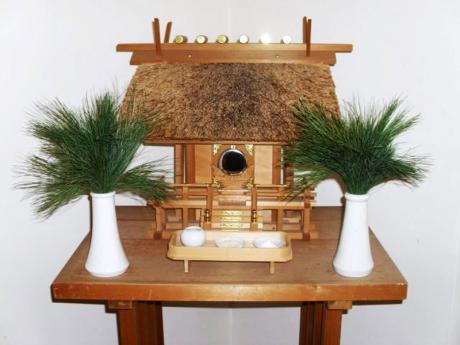 Behind its chic and modern veneer, New York City in the United States may well house the most eclectic array of religious expressions.

One year ago, in the dead of winter, I unearthed the most occult of Afro-Caribbean spiritual practices.

At that time I chatted at length with one of the most revered Shinto priests on Manhattan's West Side. The Reverend Masafumi Nakanishi heads the International Shinto Foundation of New York.

The foundation provides booklets and symposia, while conducting New Year's and wedding ceremonies. It also officiates at groundbreaking and roof raising rites, and traditional festivals for babies and children.

Nakanishi's youthful appearance belied the responsibility he holds. "Don't confuse Shinto with Buddhism," he said. "They coexist in Japan but are distinctly different."

Shintoism, Nakanishi explained, was dissimilar to what we have come to expect from religious systems.

"Shintoism is more about cultural identification. It's my tradition, but there is nothing mystical or magical about it. There is no belief in karma or reincarnation.

"I don't have any special powers. If I am sick I go to the doctor. If I have an exam, I study. There is no system of spiritual beliefs. We are physical beings." And as if to reinforce his position, he directed me to a Shinto shrine where he identified a small mirror, clearly visible at the centre.

"You see, this mirror tells us that every effort must be yours. It all boils down to you and the energy you are willing to expend. Your success is 99 per cent based on what you put out. The one per cent, you can attribute to the deities."

He added that Shintoism is a philosophy of self-help. "If something bad happens, it's because of you. You must now work harder to fix the problem. After you have worked to fix it, then you can pray to the deities."

Notwithstanding its practicality, ancestral teachings and practices still remain essential to Shintoism.

"Our ancestors are special and we make an incense-offering every day. We cannot exist by ourselves. We will be nothing in this world without our fore-parents. It's common sense. If you cannot respect your parents who are you, really?"

For a moment I compared Nakanishi's words to the much-touted proverb of the Swahili people of East Africa: "There is no guardian like a mother".

While Nakanishi was consistently marginalising any faith-based principle, his words were laden with spirituality. For aren't sacred obligations integral to ancestor veneration?

He later explained: "We offer rice, salt and water to the Shinto altar every day. These are basic elements of Japanese food."

He then handed me 'The Kojiki', a book he likened to the Bible. It details the creation of the Japanese islands and the Japanese people by a multiple of deities.

"Our shrines pay homage to the deities," he noted as he pointed out that God is a Christian concept. "We perform rituals to nature, sometimes to appease it, for example, a volcano. We are criticised by some religions in the West but we are not worshipping nature, only identifying and respecting its great power."

Nakanishi elaborated that an absolute God does not exist in Shintoism and, "that in the beginning, creative forces called kami, existed and have always been part of nature, the ancestors, the animal world and humans. Therefore, Shinto does not acknowledge any substantial difference between Kami and the Japanese people".

At times Nakanishi spoke in ambivalent terms, making references to spiritual pollution that he must disperse through purification rituals, while downplaying Shintoism's spiritual dimensions.

"We are a modern society and we don't allow religion and matters of faith to interfere with our industry and creativity." It is this dogma-free practice of Shintoism that he attributes to his nation's competitive edge.

Dr Glenville Ashby is a social critic and president of Global Interfaith Council, NYC. Send feedback to glenvilleashby@gmail.com or follow him on Twitter @glenvilleashby.