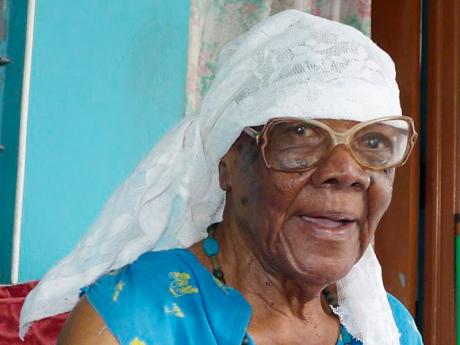 Pascoe says that, if she was younger, she would make major changes in her community. 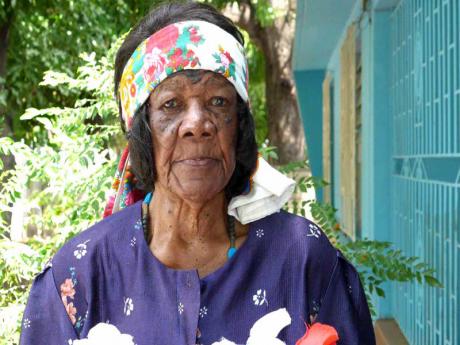 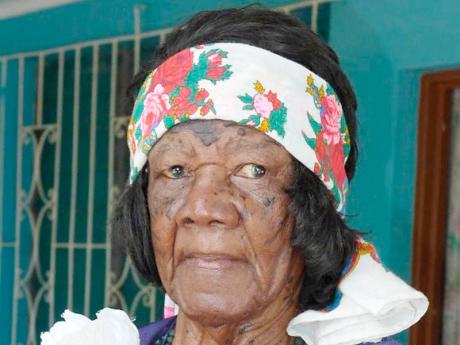 "I was a number-one sport," said 96-year-old Olive Pascoe with a sparkle in her eyes. "I dressed beautifully when I was a young woman," she continued, looking out from the verandah of her Ziadie Gardens, St Andrew, home. "I enjoyed myself."

Born Olive Nicholson, Pascoe grew up on a farm in Cambridge, in rural St Andrew, and was especially close to her father. "My father was always there giving me advice," she said. That special family bond was maintained until she was nearly 30 years old, when Egbert Pascoe entered her life. "God sent him to me," she said simply.

Several years older than her, the farmer and carpenter from the same district started to woo her at a point in her life when she was mature enough to see that he would be a worthy life partner. "We met, and went out for nine months, and then got married," she said.

Soon after their marriage, Egbert found employment as a builder at the Newcastle military base. It was then the middle of the Second World War, when the base formed an integral part of the effort to train Jamaicans to defend the British Empire, and so it served as an anchor for the regional economy.

While Egbert played his role in the war effort, the couple also farmed several acres of family land in Cambridge. She sold the produce in Papine. "On Fridays after he got paid at Newcastle, Egbert would come down to help me load produce to sell in Papine. On Saturday night, his pay would be in an envelope under my pillow," she recalls.

Following the example set by Egbert's father, who owned land in the lowlands of St Andrew, they bought the Ziadie Gardens plot with their own funds in 1945 and leased it out as an investment. The Ziadie Gardens community did not exist at the time, and the area was simply a part of the old Molynes Gardens farm, which had been sub-divided to accommodate the growing city of Kingston, which had long grown beyond its parish boundaries into St Andrew.

"Those days, the Molynes area was cow pens, hog pens and guinea grass," she said. While refusing to reveal the purchase price of the plot, she said simply, "land was cheap then".

It was soon after they acquired the property that her only child, George, was born. George would follow in his father's footsteps and become a builder, and later a contractor.

Two decades later, she made a decision which was to transform their lives.

Tired of living on family land in rural St Andrew, she decided that her small family should move to their Ziadie Gardens property. The move from Cambridge in 1965 was also accompanied by an equally dramatic shift, as she decided that they should live in a modern concrete home, which was the norm in Kingston. It was this decision which brought her in contact with Jamaica National Building Society (JNBS).

As a mortgage provider, Jamaica National had positioned itself in the 1960s to facilitate a transition under way across the country. At the time, a massive demographic shift was transforming Jamaica from a predominantly peasant society to one of town dwellers, with many also migrating overseas.

Along with her husband, the then 48-year-old Pascoe secured a loan from the newly opened Kingston office of the building society, and she has never looked back. "We were able to build a four bedroom home with a double verandah," she said proudly.

Pascoe said the new home was one of the major achievements of her life. The new home also meant that, rather than continuing selling in Papine, she could begin retailing produce from their rural farm within her developing Ziadie Gardens neighbourhood. "I am a businesswoman," she declared. "I started with what I had."

The growing community also presented other economic opportunities, and not satisfied with owning just one home, the couple decided to build another. "We paid off the first mortgage quickly and secured another mortgage to build a two bedroom house," she explained. "We rented out the cottage."

Pascoe credits JNBS with playing a key role in her living her dream of owning two homes. "They will help you find a way."

One of the longest-standing members of JNBS, she has facilitated her nephew Oswald Nicholson, and other members of her family, becoming members of the society.

She was also able to build a shop on the property to sell the produce from their farm, along with additional produce she bought at Coronation Market.

Her mortgages are now fully paid off and she is enjoying retirement, in the care of her nephew, Oswald, and his wife Valerie. Her husband died in 1982, and she said she constantly thinks him.

"Egbert was a hard-working man," she stated. "We had an everlastingly good marriage."

Her son George migrated to the United States, eventually settling in Chicago, where he became a successful contractor, and raised her five grand-children. "He was my eyeball," she said of George.

Like his father, George died of prostate cancer. Pascoe hopes that her American-born grandchildren will visit. "I am a happy person. I have done my best," she said.

Pascoe gets solace from her Anglican faith, which plays a central role in her life. A member of St Mary's Anglican Church, in Woodford, rural St Andrew, she attended services there even after moving to Ziadie Gardens, but has been unable to attend for a number of years. Now, she says, "My pastor comes here and gives me communion, God has strengthened me and given me the power," she declared stoutly. "I live by God. I don't live by man."

That faith helps sustain her in dealing with the everyday challenges, such as the one her telephone service provider presented, by charging her for a service she had not received. At the time of the interview, Pascoe had just returned from a visit to the company's office and was hopeful for a positive outcome.

Although a diabetic and challenged by arthritis, the nonagenarian said she is in relatively good health and can cook her own meals, tidy her home, and take care of herself. "I watch television in the evenings. It is my company," she said. "I don't understand everything so well, but I listen to what they are saying and I have my opinions."

Those opinions include very strong views about the level of discipline in the younger generation. "Jamaica is a number one country," she said. "It is a nice place, but many of us do not appreciate what we have or the work that needs to be done."

Looking out at her own Ziadie Gardens community, she sees room for improvement.

"If I was a few years younger, I would make some big changes here," she declared firmly. "I understand life and I understand business. I know how to get things done."

And focusing on the security she feels from living in her own home, Pascoe said she encourages young persons to join a building society like Jamaica National, and begin saving to achieve their own goals. She said: "They make me feel like number one."