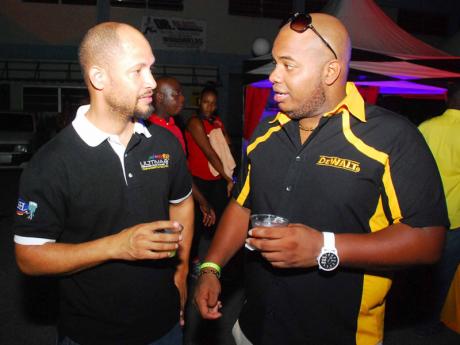 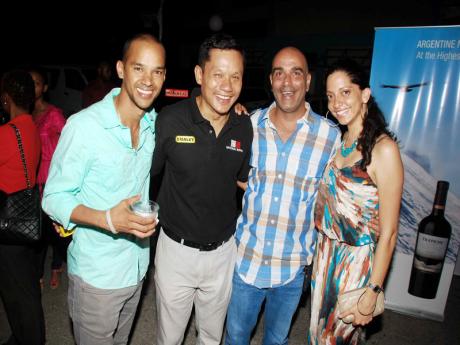 Host Donovan Chen See (second left) of National Supply is in the company of (from left) Anthony Grannum of CLAD, John Byles of Chukka, and Anna Kaye Russell of Pier One, at his company's Contractors' Night social. - Photos by Janet Silvera 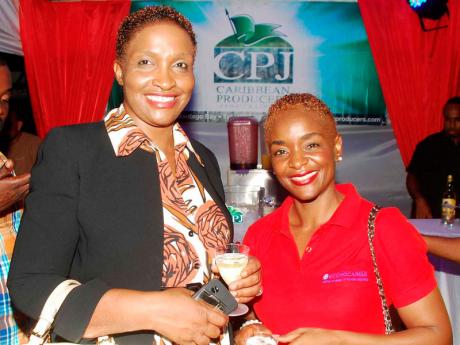 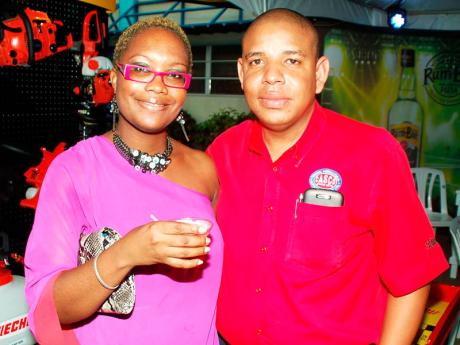 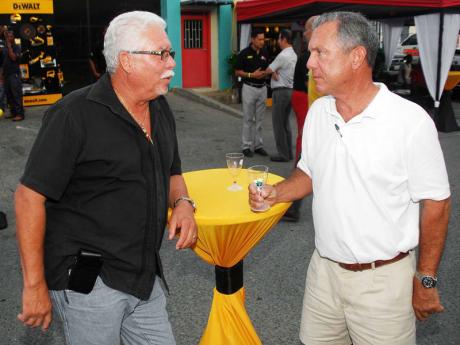 Leading industrial hardware supplier National Supply, issued a challenge to workers in western Jamaica's construction industry to hang up their hard hats and present themselves at its Montego Bay Trade Centre outlet for a night of food and fun, dubbed 'Contractors' Night'.

The Contractors' Night social hosted by the company on June 26 in collaboration with international tools brands, DeWalt, Stanley and Echo, provided the perfect respite for the hard-working men and women in the construction industry who make up National Supply's clientele.

The company pulled out all the stops in showing guests a great time, from dominos to ludo. There was also strongman and strongwoman competitions which saw invitees walking away with some lucrative prizes, including DeWalt drill sets and angle grinders. The 'rustic' menu of jerked chicken prepared on spot, jerked pork, escoveitch fish, and roast fish and crackers served in foil also upheld the theme. The libation flowed freely, courtesy of CPJ with its selection of wines, and Worthy Park Estates with its Rum-Bar Rum and Rum-Bar Vodka.

The well-attended soirée proved to be an industry networking paradise with invitees from plumbers, masons, and carpenters, sharing with those at the helm who hire them, under well-decorated tents, while being entertained by the Montego Bay Boys' and Girls' Club performance band.