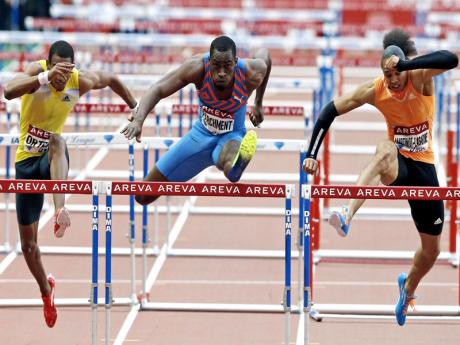 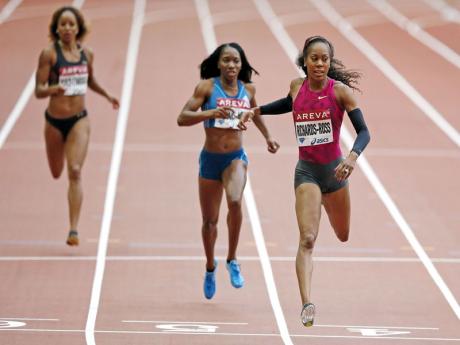 Jamaican sprint hurdler Hansle Parchment carved his name in history, becoming the first Jamaican to dip below 13 seconds in the 110m hurdles, as he smashed the national record he set last year to win at the Diamond League in Paris yesterday.

Novlene Williams-Mills tasted defeat for only the second time this season, while Shelly-Ann Fraser-Pryce continues to struggle as she works her way back from injury

Parchment stopped the clock at 12.94 to finish ahead of Diamond Race leader Frenchman Pascal Martinot-Lagarde, who himself ran a personal best 13.05 with Cuba's Orlando Ortega posting his best time so far this season - 13.10, for third place.

This was Parchment's fourth win in seven races this season with his time making him the 16th athlete in history to break the 13-second barrier. Parchment's 12.94 is also the joint 10th fastest time in the books.

The 2012 London Olympic bronze medal winner first bettered Dwight Thomas' 13.15 national mark at those games with a 13.12 time, then he stopped the clock at 13.05 in Eugene last year before losing much of the remainder of the season to injury.

However, the powerfully built 24-year-old is clearly back at his best as he fine-tunes for what is expected to be a gold medal assault at the Commonwealth Games later this month.

Parchment was the only Jamaican winner at the meet, as Fraser-Pryce, 22.63, continued to find things difficult, finishing fifth in the 200m with compatriot Simone Facey, 22.75, taking sixth. The event was won by Nigerian Blessing Okagbare in 22.32 ahead of American Allyson Felix 22.34 and Anthonique Strachan of The Bahamas, 22.54.

There was drama in the men's 100m as national champion Nickel Ashmeade protested his ejection after a false start, appealing to the starter that he had difficulty hearing, sitting on the track for a couple of minutes before he was escorted away.

When the race did eventually get off, it was American Mike Rodgers who crossed the line first in 10.00 ahead of Trinidad and Tobago's Richard Thompson, 10.08 with Kim Collins of St Kitts, 10.10, taking third.

Stephenie-Ann McPherson was second to Sanya Richards-Ross in the 400m with Novlene Williams-Mills finishing third in a strong field.

Richards-Ross, who seems to have returned to form, clocked 50.10 with McPherson posting 50.40 and her compatriot Williams-Mills registering a 50.68 effort - her slowest time since her season opener at the Jamaica International Invitational in May.