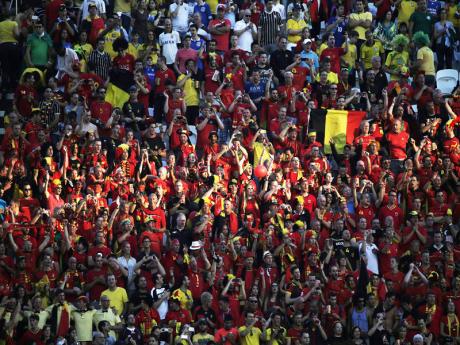 A patch of light illuminates part of a crowd of Belgium supporters before the Group H World Cup match between South Korea and Belgium at the Itaquerao Stadium in Sao Paulo. - AP 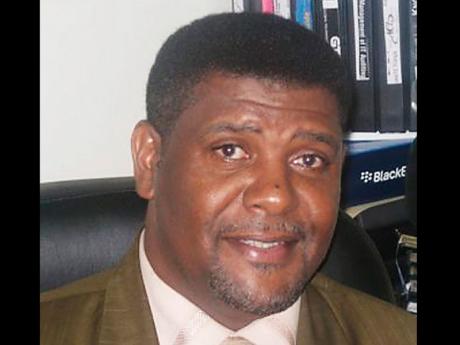 
While the world now marvels at the passing, dribbling, shooting, and tackling prowess displayed currently in Brazil, the monster of fraud is extending its many tentacles over many aspects of the largest sporting spectacle now enjoyed by billions worldwide.

On July 1, 2014, for example, Jumio Inc, a fast-growing mobile credentials management company, released a white paper titled 'Don't Fall Foul of Fraud at the World Cup', in their laudable effort to educate and advise businesses on fraud.

According to the Wall Street Journal's MARKET WATCH, the last World Cup held in 2010 in South Africa saw fraud levels in the country rising by 53 per cent during the tournament, and the three provinces that hosted the games accounted for 92.5 per cent of total credit card fraud losses in South Africa for the entire year.

In fact, as recognised by MARKET WATCH, "although the World Cup lasts just four weeks, fraudsters, much like football teams, begin their preparation and build-up to the event years in advance. Indeed, over 33 per cent of the Brazilian population has experienced card fraud over the past five years amounting to losses of over $150 million."

Football aficionados are lured by fraudsters into paying for non-existent or unavailable accommodation for the World Cup through fake adverts and websites; and people are emailed with bogus offers to submit tenders for fake World Cup contracts, or claim fake World Cup-related competition prizes. Even the organiser's name is utilised, as fake FIFA websites selling counterfeit tickets are used that typically have numerous sub-domains to target different countries, and are difficult to trace.

We may recall that similarly, the Beijing Olympics was plagued with fraudulent web sites which swindled online purchasers of tickets throughout the world. And in Australia alone, 33 victims were reported as losing $96,900 on a US-based website bejingticketing.com before authorities were able to shut it down. In addition to Australia, victims who suffered from this fake site also originated from New Zealand, The United States, Japan, Norway, China, and Britain, according to the IOC and the media.

Interestingly, while our CONCACAF counterparts are finding it difficult to advance to the quarters, semis and final of this international football extravaganza, they feature prominently as victims of fraudsters. For example, although a recent survey by Aite Group and ACI Worldwide finds that 27 per cent of cardholders (debit, credit and prepaid) around the world have experienced fraud in the past five years, Mexico and the United States are more prone to fraud, with 44 per cent and 42 per cent of respondents there saying they've experienced card fraud.

Since the United States consumers are heavy card users, it makes sense that there will be a greater likelihood for card fraud, plus they are not on the EMV standard. EMV is short for Europay, Mastercard and Visa, and is a standard followed by most European countries to ensure card security via microchip in credit and debit cards. According to Mike Braatz, senior vice-president, Payments Fraud at ACI Worldwide, "EMV provides an extra layer of security for consumers, which have helped drop the fraud levels down in Europe."

Interestingly, there seems to be an inverse relationship of countries that are favourites to do well at this World Cup, to their experience in card frauds. The Netherlands and Sweden are at the bottom of the card fraud list, with just 12 per cent of consumers there experiencing fraud in the last five years, and one of the hot Cup favourites, Germany, also exhibiting only six per cent of its consumers reporting debit card fraud. On the other hand, the United States and Mexico have the highest rates there, with 37 per cent of respondents experiencing credit card fraud.

The breakdown of the countries represented at the World Cup whose citizens are most susceptible to fraud during the World Cup 2014 is shown below:

Recent reports from major international media houses such as The New York Times, The Guardian, Reuters, Daily Mail, Telegraph, BBC Sport, and Bleacher Report have reported allegations emanating from a German news magazine, Der Spiegel, claiming that convicted match-fixer Wilson Raj Perumal claimed match-fixing by Cameroon players at this World Cup after it emerged that he correctly predicted they'd lose 4-0 and have a man sent off against Croatia.

It seems, therefore, while the teams sharpen up their offensive and defensive tactics in a frantic bid to win the coveted World Cup crown, crime projections suggest a regrettable continuation of this historical fraudulent trend, with increasing use of technology before, during and after the this grand affair. Therefore, while we ponder who will come away on July 13 as World Cup Champions, the real winners sadly may be the ubiquitous fraudsters.