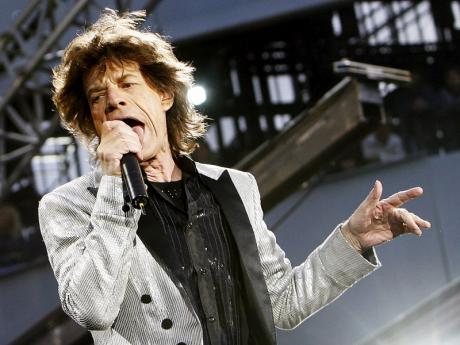 Sir Mick does a double

The Rolling Stones legend is said to have chatted up an attractive duo at a party following a concert in Stockholm, Sweden, on Tuesday, before inviting them to his room at different times during a two-day period.

A source told the Sunday Mirror newspaper: "It was typical Mick. He spotted the girls in a bar and quickly charmed them over a couple of drinks.

"By the end of the trip, both had been back to his room. It doesn't take much imagination to guess what went on... They were both in their 30s, voluptuous and very attractive - and were clearly keen on him."

Geri Halliwell is set to marry her millionaire boyfriend after just seven months together.

The former Spice Girls star started dating Christian Horner around January earlier this year and it is said the Formula One boss proposed a few weeks ago.

An insider told the Sunday Mirror newspaper: "Geri is delighted and has been telling close friends about the plans - but they have been more cautious around his family.

"They made the decision to get engaged this spring, but have kept it quiet to avoid any awkward fall outs." Mel C recently revealed Geri and her former bandmates are playing matchmaker as they try to set her up with guys.

Lorde got sick during her first rescheduled gig in Perth, Australia, on Friday.

The Royals hitmaker, who was forced to postpone her Australian tour in April due to exhaustion, halted her performance halfway into her fourth song, telling the audience at the city's Challenge Stadium that she needed to take a break.

The 17-year-old star retreated backstage after saying, "Perth, I'm so sorry, can you give me one minute? I'm just not feeling very well."

A member of her crew blamed the incident on "technical issues", but the New Zealand star suggested she was suffering from food poisoning when she returned and restarted her gig five minutes later, according to the MailOnline.

She said: "I must have eaten something weird."

Hinting she had vomited, she added: "I've never had to do that. I love you and I'm so grateful to be here."