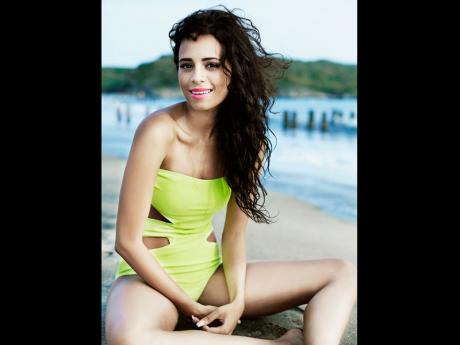 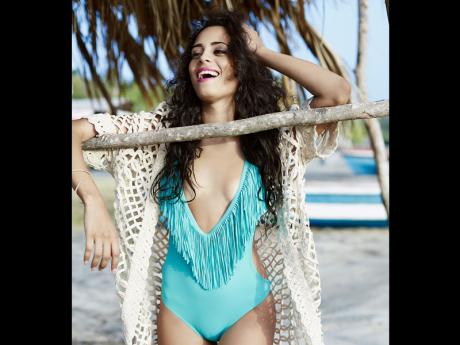 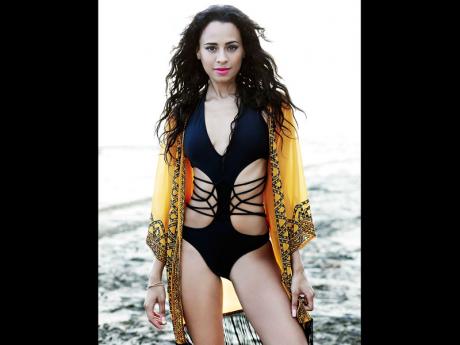 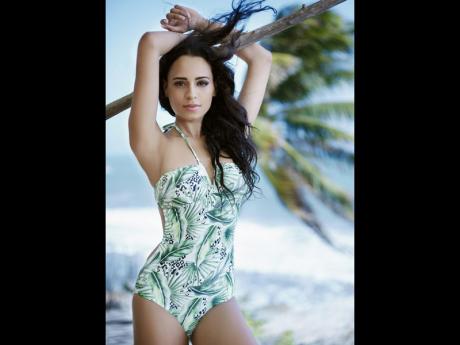 Pulse's Gabrielle Davis, Petite Model Search first runner-up, has broken the mould. A mere 5'5" in height, this amazingly beautiful young woman is the model selected by Britain's Daily Express for a fashion editorial shot on location at Treasure Beach, St Elizabeth. In doing so, Gabby has broken the glass ceiling set by modelling's conventional wisdom, which says that no one under 5'9" can model internationally.

Davis was chosen from close to 100 models by the Express when the paper came to Jamaica to cover the recently concluded Caribbean Fashionweek. The main focus in the Daily Express feature is CFW's new ShopCaribbeanFashion.com, the online store which allows a global market to shop the CFW looks online, as well as the event's online store, which allowed patrons to shop the look at CFW itself. The Daily Express last Friday reached several million readers, with many more following online.

Coordinated by the newspaper's fashion editor Salome Munuo, The Daily Express editorial was shot on location at Jakes in Treasure Beach, by ace Jamaican photographer Luca Khouri, who now plies his trade in New York, with hair and make-up done by top international stylist with Jamaican roots, Andrea Wilson, of Next Artists, New York.

Gabrielle is naturally elated with her Express coup, considering the many outstanding 5'9" (and taller) models who were also being considered for the assignment. She says, "I never expected this, but my agency Pulse has never lost faith in me, despite the obvious challenges of my height. I have also gotten a great response from the market in LA and Miami and I believe that I have the potential to move forward".

Davis' success brings back memories of Pulse's Sanya Hughes, a former Petite Model Search winner and Miss Jamaica Universe, now an international model and actress. Sanya, however, has a couple inches on Gabrielle, but her success could point to the direction that Gabby could ultimately take - a more commercial modelling career, including acting. Only time will tell if this success will lead to an international career, but, for now, Gabrielle Davis is over the moon.

The Caribbean Model Search is conducted each year by Pulse. This year, it is the Pulse Search for the Million Dollar Girl. One lucky girl with the perfect face, body and spirit will be selected Pulse's Million Dollar Girl at the end of summer 2014. She will be awarded $1 million in cash and prizes. Since 1980, The Pulse Search has produced fashion legends such as Kimberley Mais, Angela Neil, Carla Campbell, Romae Gordon, Althea Laing, Lincoln Wynter and Lois Samuels, as well as more recent supermodels Jeneil Williams, Oraine Barrett, Jaunel McKenzie, Nell Robinson and Nadine Willis.