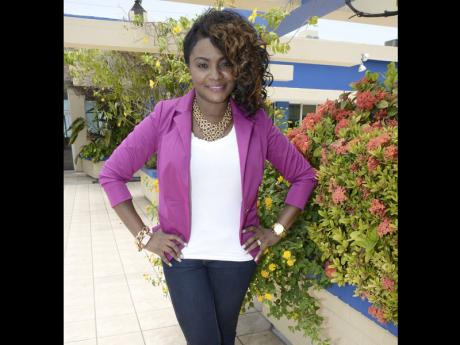 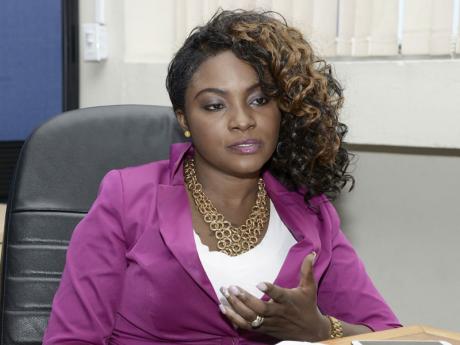 Our purpose is something that we all want to discover and it was with this in mind that Joan Wright-Good took to the computer and began working on her second book, You are Different for a Reason- Maximize Your Difference.

Wright-Good did not have the benefit of finding out what her purpose was when she was younger, but after chipping away her rough edges, she realised that her purpose was to impart knowledge based on her lessons learnt. There was no major event or any light that revealed this. Rather, it was the challenges that she faced that made her into the woman she has become.

"I knew that the things that I went through were not just for me. I do not believe that God is cruel and just puts you through certain challenges for you to go through them just because. It had to be something more. So I just deemed my challenges as a lesson and I have found that I needed them to help other people like myself," she told Flair. She went on to explain that she believes that the repetitiveness of some challenges occurs because people maybe have not learned the lesson that they ought to.

She had laid out her challenges in life in her first book From Brokenness to Victory. From sexual abuse, accompanied by all the challenges a young woman faces growing up without a father and, for a small portion of her life, raised in a children's home, Wright-Good defied the odds. Her second book, which she launched last Friday at The Knutsford Court Hotel, You are Different for a Reason - Maximize Your Difference, though not a follow up to her first, comes from a woman who, having defied the odds, is now on a path of growth. The book is focused on educating people on finding themselves.

"This does still have a message on how to build self-esteem, how to find one's identity as well as honing in on their talents. This should help you to not compromise who you are while doing all you need to fulfil your purpose," Wright-Good said about her book.

She emphasised how unhealthy being co-dependent is, explained that the book teaches women how to embrace themselves, being careful who they share their dreams with as well as hanging on to friendships - there are times when friendships and people will have to change because of growth.

Writing this second book was a different experience for Wright-Good. "After I wrote the first book, I just felt a weight falling off my shoulders," she told Flair. "Approaching this book was different. I wrote it as a different person, since I have grown and a lot has changed about me personally since From Brokenness to Victory," Wright-Good disclosed.

A lot about her has changed indeed. She has remarried to Dean Good, a businessman and employment specialist who finds jobs for persons coming out of the prison system. They both are directors for the youth ministry at her church, which is the favourite part for Wright-Good. She is also a part of her church's women's ministry.

"I love young people and I believe that as a good leader it is your duty to create other leaders, and helping our young people is the best way to do so. This is a ministry that I hold close to me because it creates the avenue to do what I think I am called for - to help," she told Flair.

Wright-Good is not only a writer and an active member of her church but she is also an entrepreneur. She has her own consultancy company called Outsourcing Business Solutions Limited (OBSL). She also has a passion for helping people start their own business, and for this reason she can see herself writing her next book on starting one's own business.

"She is one of the most dynamic women I have ever met. This is not only on a spiritual level, but she is also a rounded woman when it comes to her goals. She is also an author, and operates her own school, among several other things," she said.

This, coupled with a business plan and research, should help you along the way to accomplishing your goals.

When it comes to writing, this is not even close to the last that we will hear of Joan Wright-Good. "When I leave this world, I want to be empty of all the lessons and purpose. I want to ensure that everything in me that I could have shared with anyone else, is done and I left nothing at all behind," Wright-Good tells Flair.