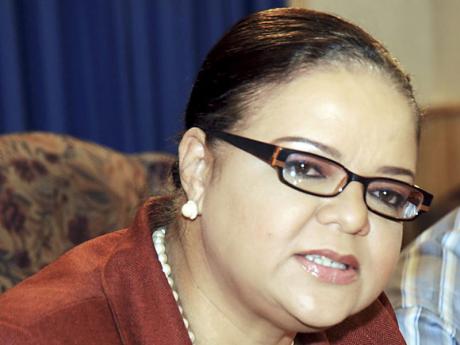 A SENIOR Jamaican official has revealed that she is not aware of any talks with the United States (US) and other international partners who have raised concerns about allegations of extrajudicial killing by members of the Jamaica Constabulary Force (JCF).

And even if those discussions were taking place, Sandrea Falconer, minister with responsibility for information, says that was not something she would make public.

"When government to government have conversations, … we would not discuss it in a forum like this because we have diplomatic relations and we value those," Falconer told journalists at a Jamaica House press briefing last week.

Her comments came a day after public affairs officer at the US Embassy in Kingston, Christopher Degnan, revealed that his government has been watching developments in Jamaica with a keen eye and contemplated taking strong action in response to reports of extrajudicial killings by members of the JCF.

"The US assistance in support of the JCF is under review because of allegations of JCF involvement in extrajudicial killings," said Degnan in an emailed response to queries by The Gleaner.

Informed sources say it was this pressure from the US and other international partners that forced the Jamaican Government to ensure that Police Commissioner Owen Ellington was stripped of his post. Last Tuesday, Ellington announced that he was retiring from the JCF after a 34-year career.

In April, a coalition of local lobby groups revealed that they had reported to the US-based Inter-American Commission on Human Rights claims that there are death squads engaging in extrajudicial killings within the ranks of the JCF.

Citing statistics compiled by the JCF, local lobby group Jamaicans for Justice (JFJ) says the Jamaican police have killed 1,019 persons in the last four years, 255 of whom were killed last year.

By comparison, JFJ Director David Silvera told journalists in April that the US - with its population of approximately 317 million people - recorded 308 police killings last year across all 50 states.

"So the little island of Jamaica has almost as much police shootings as the entire United States, with more than a hundred times the population," he noted.