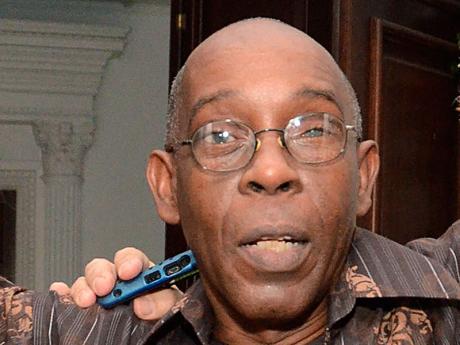 The crash took place shortly after 10:30.

According to the police, Cooper was a passenger in a Toyota Rav4 travelling towards Port Antonio. The vehicle collided with a Suzuki Vitara, which was travelling in the opposite direction.

A number of persons reportedly rushed to assist the occupants of both vehicles, fearing that there were serious injuries or fatalities.

Although no one was seriously injured, Cooper, who was unscathed, was taken to the Port Antonio hospital for observation and later released.

Fab 5, which celebrates its 44th anniversary later this year, was booked to perform at the Tropical Lagoon Boston Jerk and Music Festival yesterday.

The band is slated to play at JAVAA Presents Motown Plus, 1983, at the Countryside Club, Courtney Walsh Drive, St Andrew, on Saturday, July 12.