The Gleaner Grew Me: Alexander Simpson of Norwich, Portland 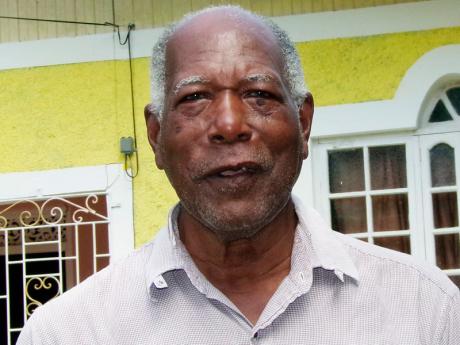 EVEN AT 80 years old, Alexander Simpson is still able to read The Gleaner, the newspaper that he has grown to trust, love, and cherish.

Simpson, who hails from Norwich district in Portland, said he first started reading The Gleaner in 1944, at 10 years old. He said it is still relevant, and that after 180 years, it is still the most trusted, respected and sought-after newspaper in the Caribbean.

"The Gleaner informs, educates, and entertains. When I started reading the paper at age 12 years, I was captivated by its comic strips and, of course, news and current affairs. As the years unfolded, I got more and more attached, and today, I'm one of those Jamaicans who cherish this newspaper. I have to get my Gleaner every Sunday, and I have been trying to make arrangements to secure the paper every day, which hasn't happened yet, but I am still trying."

The retired food and beverage manager, who worked in the hotel sector for the better part of 50 years, said he now spends his days reading The Gleaner repeatedly, as it has now become an addiction.

According to Simpson, back in the 1940s, '50s, and '60s, The Gleaner would be delivered the following day, as opposed to now, when there is same-day delivery.

He noted that the newspaper would arrive in Port Antonio, the parish capital, where it was sold at a central location, which was the only place it was sold in Portland at that time.

Simpson said he was featured in The Gleaner in the 1970s as the best hotel worker islandwide after he was honoured during a ceremony at The Jamaica Pegasus hotel in New Kingston.

Continuing, Simpson said: "I sleep and dream about The Gleaner. Next to my five children, it is the next best thing. There have been a few competitions, but The Gleaner stands out best, as its news is credible and the writers are competent. As long as I am alive, I will always stay connected with The Gleaner. I have piles of newspapers, and I am particularly happy to have met this newspaper."