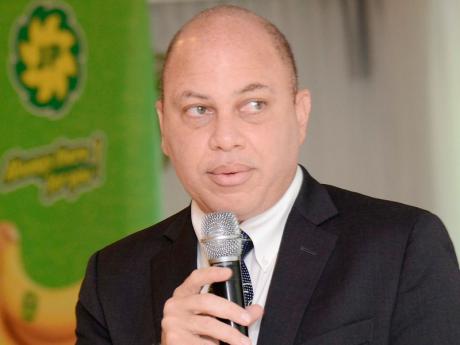 Jamaica Producers Group (JPG) plans to reintroduce its flavoured snacks on the local market and further diversify the product offerings of its JP Tropical Division.

The company will also seek to improve the market presence of its juices Europe markets all aimed at improving its bottom line.

"Our strategy … has two main parts. The first is to continue the progress of creating a great speciality food group, and the key stake to this part is to ensure our product has a strong, secure market leading position in taking the business," said JPG Managing Director Jeffrey Hall.

The second "is to look at the core traditional assets of the group, which we see as our land holdings and our logistics experience expertise and to get the returns from the profits of that and the aggregate segment", Hall advised JPG shareholders at the company's annual general meeting last Thursday.

Hall said that although one of the company's primary efforts, to date, has been the creation of new and special products in both its local and international markets in its food segment, the non-food sector is making significant gains.

"When we go through the process, the underlying profitability is turning good robust profit growth in the non-food sector as well, and we're willing to take some work over the same way we grow our food business," he said.

Revenue from the JP Tropical Division, which comprises Mavis Bank Coffee Factory, Tortuga International Holdings and Four Rivers Mining Company, stood at $650.9 million for the quarter with JP Europe posting revenues of $1.3 billion for the period, a seven per cent comparative reduction.

JP Europe pre-tax profit fell to $21 million, compared to $60 million in the first quarter of 2013, the company said in its quarterly financial report.

The JP Tropical Division's businesses are centred in the Caribbean and Central America, and include the production and marketing of natural food and drinks, as well as management of land holdings.

The division closed the period with a $6 million loss, down from the $55 million loss it posted in the corresponding period.

Quizzed by shareholders on the initiatives to improve the slate of products under the St Mary's line of snacks and its competitiveness against imported brands, JPG representatives said a number of new products will be added to the local market but declined to give further details to Gleaner Business on the proposals.

Amid the full acquisition of its Dominican Republic production facility, JP Tropical's growth thrust involves the development of new export markets, but Hall did not disclose any of those details either.

Production of its tropical snacks in the Dominican Republic, as well as the commissioning of additional acreage of pineapples and cassava, formed part of the company's recovery efforts from Hurricane Sandy which devastated its farms in 2012, a plan which Hall said the company remained committed to as it seeks to grow its new speciality food lines.

While noting the "company had dropped the ball" on its cassava chips and bammy production, JPG chairman Charles Johnston said the new product initiative will shortly bring to market a speciality line for the local and international markets.