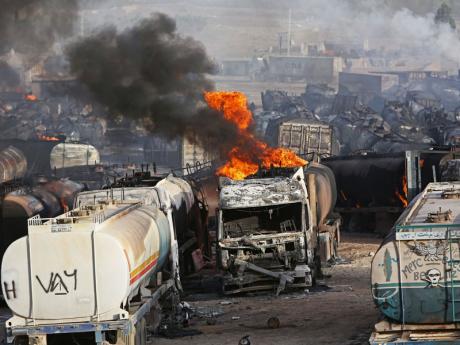 The violence comes as the Taliban have stepped up attacks on Afghan security forces ahead of the expected announcement of results this week from the second round of the country's presidential elections.

The rocket hit a home in the Ali Abad district of the northern province of Kunduz, killing five children and wounding six other civilians, according to Sayed Sarwar Hussaini, spokesman for the provincial police chief.

President Hamid Karzai condemned the attack in a statement issued by his office yesterday, saying "the killing of civilians, especially children, is an inhuman act and against Islam."

The other attack came in the western province of Herat, where insurgents attacked a police vehicle, killing the police chief of the Sher Ahmad district and four other policemen, provincial police spokesman Raouf Ahmadi said. Another officer was wounded.

There was no immediate claim of responsibility for the two attacks.