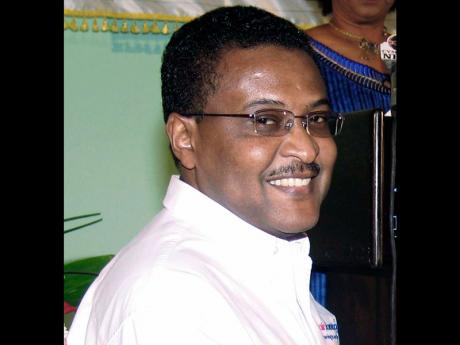 Jamaica's new Director of Tourism, Paul Pennicook, says he is looking forward to making sure that the country is at the top of its game in the tourism business.

Pennicook, who was appointed director yesterday and assumes duties tomorrow, says he is excited to return to the Jamaica Tourist Board, having served in the similar role between 2003 and 2006.

"I consider it a privilege to have been selected to run this next leg of the relay," he told The Gleaner from his offices in Kingston, noting that Jamaica was exceptionally well in the marketplace, in comparison to other Caribbean islands.

Pennicook, who has had an illustrious career in the hospitality sector, has spent just under two years consulting with the Government on airline strategy at Jamaica Vacations, an agency of the Ministry of Tourism.

Announcing the appointment, chairman of the Jamaica Tourist Board, Dennis Morrison, said Pennicook emerged ahead of a field of more than 20 applicants - from Jamaica and abroad - and stood out as the most suitable candidate based on the breadth of his experience in the public and private sectors of the industry.

"Mr Pennicook's successful track record in the industry was the determining factor in his selection," said Morrison.

Minister of Tourism and Entertainment Dr Wykeham McNeill, in a media release, said, "I am very satisfied with the decision of the Jamaica Tourist Board. Mr Pennicook is a well-known figure in Jamaica's tourism industry and is well respected at home and abroad. As we meet the challenge of modernising the operations of the board and deepening the partnerships with industry players, I am confident that Mr Pennicook brings the requisite knowledge and experience and I wish him every success."

According McNeill, during the period Pennicook served as tourism director, he was instrumental in the global restructuring of the organisation. That reduced administrative costs, which provided more resources for marketing activities.

"In 2006, Jamaica achieved the highest percentage increase in visitor arrivals in a single year, for more than 30 years, driven by record-breaking investment in new hotel and resort development."

Pennicook replaces John Lynch, who demitted office on May 30, after serving in that position for five and a half years.