Brazil vs Germany How do they compare? 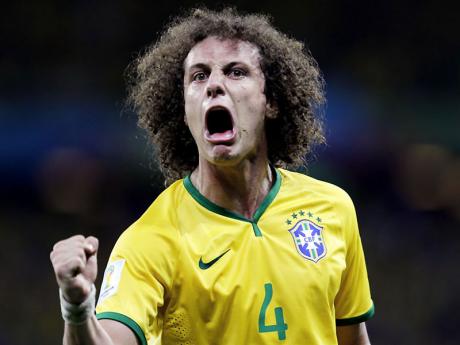 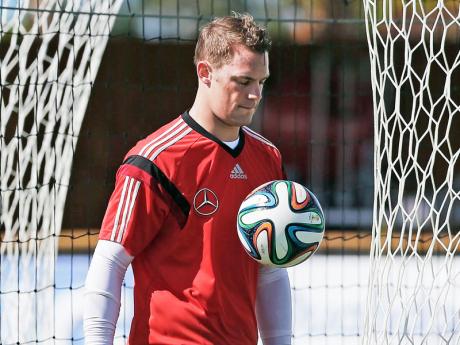 Brazil and Germany are two of the most decorated teams in football, with eight World Cup titles between them. Both have their share of players among the all-time greats, and both entered this tournament being touted among the main favourites.

So even without the injured Neymar, today's semi-final in Belo Horizonte provides an intriguing matchup for any neutral fan, as Germany and Brazil play each other at the World Cup for the first time since the 2002 final.

Manuel Neuer has been one of Germany's best players this tournament, especially in the knockout rounds. He bailed out Germany's erratic defence numerous times by rushing out to clear ball after ball in the second-round win over Algeria, and made key saves to deny Karim Benzema an equaliser for France in the quarter-finals. The Bayern Munich No.1 has won just about everything at club level and is widely regarded as one of the top keepers in the world.

Julio Cesar used to have that reputation as well, but is arguably not quite the player he was during his best years at Inter Milan. He now plays for Toronto in Major League Soccer. He's been solid at this World Cup, however, where he has yet to concede more than one goal in a game.

Brazil have always been known for their attacking play, but this World Cup squad arguably has more impressive names in defence - especially now that star forward Neymar is ruled out. However, the team's best defender - captain Thiago Silva - is suspended for the semi-final, a big blow for the back four. But Brazil have a good replacement in Bayern Munich's Dante to put in alongside David Luiz, while coach Luiz Felipe Scolari will have to decide whether to put Barcelona's Dani Alves back in at right back or stick with Maicon, who was a surprise starter in the quarter-finals. Real Madrid's Marcelo should guard the left wing.

Germany's defence looked downright awful against Algeria, and coach Joachim Loew responded by dropping centre back Per Mertesacker for the next game and moving captain Philip Lahm to his favourite position as right back instead of midfield. The changes worked, and Germany looked like their old solid self against France. With Mats Hummels back, healthy to anchor the central defence - and even scoring the winning goal against France - the Germans have a reliable foundation in front of Neuer.

Germany's midfield has been given a big boost by Bastian Schweinsteiger returning to full fitness after a knee injury. Playing alongside Sami Khedira, Schweinsteiger can control the pace of the game while also helping out defensively, giving Toni Kroos room to work as the team's main playmaker.

Brazil's midfield will likely have a new look for this game as Scolari is expected to replace Neymar with a midfielder - probably Willian. The Chelsea player has enough speed and skill to cause defenders trouble, but doesn't have the scoring ability of Neymar.

With Neymar in the team, the forward line was always a strength for Brazil. Without him, it's a glaring weakness. Fred has struggled badly as the team's centre forward at the World Cup, scoring just one goal in five games. Hulk has looked lively throughout but has yet to score.

Germany, meanwhile, have Thomas Mueller and Miroslav Klose as their main attacking options. Mueller has four goals so far in Brazil - one short of his tally in South Africa in 2010 - while the 36-year-old Klose has a chance to break the World Cup scoring record. Klose shares the record of 15 career goals with Brazil great Ronaldo, so the Brazilian defenders will probably be extra eager to shut him down.

The World Cup is the most widely viewed and followed sporting event in the world, exceeding even the Olympic Games. In 2006, the cumulative audience of all matches of the World Cup was estimated to be 26.29 billion with 715.1 million people watching the final match, a ninth of the entire population of the planet.