Keiran King: The buggery law is an offence against us all 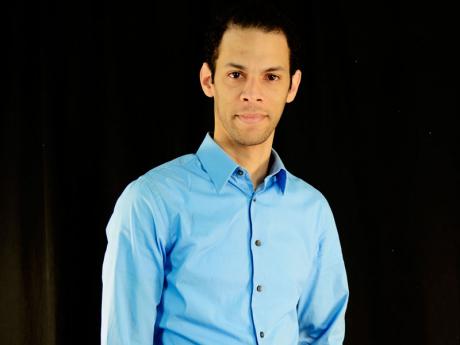 Not so long ago, a group of concerned clergy published ‘A Call for Unity’, an open letter urging their communities to obey existing Jim Crow laws. Fortunately, the letter was smuggled into a Birmingham jail cell, where Dr Martin Luther King penned his famous response, since translated into 40 languages and transmitted around the world.

“There are two types of laws,” he wrote, “just and unjust. One has not only a legal but a moral responsibility to obey just laws. Conversely, one has a moral responsibility to disobey unjust laws. I would agree with St Augustine that ‘an unjust law is no law at all.’ Now, what is the difference between the two? How does one determine whether a law is just or unjust? Any law that uplifts human personality is just. Any law that degrades human personality is unjust.”

Those eight white Alabama preachers, despite their best intentions, found themselves on the wrong side of history. They were not evil men. They were honest men with honest families, trying to keep things the way they were, the way they understood, the way they had been raised. But that meant tolerating laws that degraded human beings, laws that would not — and could not — last. Like the walls of Jericho, segregation statutes came tumbling down, taking us all closer to a world where people are judged by the content of their character.

Now it is our turn.

You might not think we are living through a moment of similar impact, but important moments do not arrive with orchestral scores and Denzel Washington. They look ordinary until, like fireworks, they explode into significance.

Professor Brendan Bain’s firing has ignited a wave of religious protests that have literally and figuratively made their way from the gates of the University of the West Indies to the heart of Half-Way Tree. Last week, an anti-gay rally drew 25,000 supporters and incredulous international coverage. It was a call for unity, organised by honest clergymen, urging their communities to uphold the existing anti-sodomy laws.

If it sounds dangerously familiar, it’s because it is. The prejudice of the Offences Against the Person Act is nakedly clear: “Whosoever shall be convicted of the abominable crime of buggery …”, “any male person who, in public or private, commits … any act of gross indecency with another male person, shall be guilty …” If you’re somehow having trouble seeing the bias, try substituting ‘female’ for ‘male’, or better yet, ‘genuine intimacy’ for ‘gross indecency’.

Yes, sometimes bad things happen — men, women, and children are abused, assaulted and raped. But we do not ban owning kitchen knives or picking kids up from school or meeting a date on a Friday night. Even though Amnesty International documents a ‘very high … rate of sexual violence against women in Jamaica’, there is no movement afoot to outlaw vaginal intercourse. Why not? Because it would degrade our human personality to do so (and it wouldn’t stop us from copulating).

As it is, we live in a highly repressed society, with both sexes squeezed into narrow corridors of acceptable behaviour and appearance. If you have dark skin, a belly, libido on Saturday and guilt on Sunday, you are the sine qua non of Jamaica. But if you are of ambiguous descent, if you are bilingual or bisexual, if you are an atheist or an activist, if you use words like sine qua non, if your hair or clothes or gait or gestures or a hundred other social signifiers do not meet the approval of the dominant Christian authorities, you are implicitly stripped of your national membership and consigned to live in the shadows.

This is discrimination, pure and simple, and it is not worthy of a people who so recently escaped its wrath under a different name. We should be ashamed of ourselves. We should be rallying not to defend but to dismantle our buggery legislation, because it degrades the humanity of those it affects. If the long arm of the law wants to reach into our bedrooms, it must grab hold of all of us equally, regardless of sexual orientation. Anything else is unjust.

The Rev Stevenson Samuels, chairman of the group of churches behind the Half-Way Tree rally, claims to be “opposing injustice wherever it is, asking that the nation rise up for truth and rights … and that our laws be based on these premises”. Indeed, that is a worthy goal, and one shared by the remarkable black American preacher who fought to secure lasting dignity for his fellow men. If we are to repeat history, let us do so in the measure of our compassion rather than the longevity of our condemnation.

Keiran King is a writer and producer. His column appears every Wednesday. Find him on Twitter @keiranwking. Email feedback to columns@gleanerjm.com and yell@keiranking.com