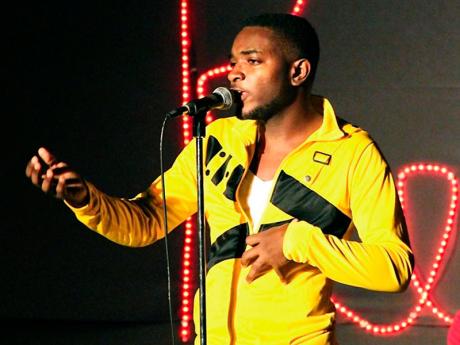 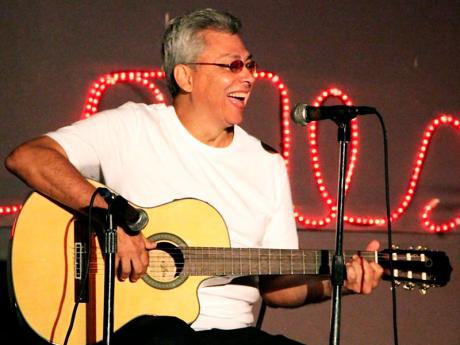 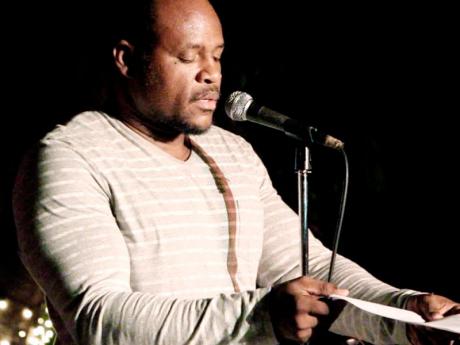 The Redbones Blues Café played host to some of Jamaica's most talented poets and musicians as the Word Cup play-on-words benefit session was held last Saturday.

The session put on by the night's emcee, Randy McLaren, was not just about the performances, but also served as the official launch of the Armadale fund. Proceeds from the night's session will go towards assisting the survivors of the fire which engulfed the St Ann juvenile centre back in 2009.

Off to a late start, the night's opening act got the audience ready for a night of clean entertainment. With her rendition of Tessanne Chin's Messenger, singer Jonesha Jones put in a pleasing performance which heralded good feedback from the intimate gathering.

Thadecia Clarke, a contestant in this year's Digicel Rising Stars competition, certainly won some votes with her soulful rendition of Sizzla's Take You There hit.

In his first of two performances, McLaren used the melodies of some popular folk songs to get his message across to the audience. His piece spoke on serious social issues, including high taxes, corruption, crime and poverty. He had the audience captivated from start to finish.

Garnett Ferguson, another Rising Stars contestant, also delivered a crowd-pleaser with his rendition of the classic, Born by the River.

Dalton Spence, the concerned citizen, was next with his poem, 'Hit Me With Music', and this got the Word Cup ball rolling.

Mel Cooke, the next performer, brought things inside the venue to a whole new level. Mastering the play-on-words aspect of the show, Cooke delivered one solid performance after the other, much to the delight of his audience. Perhaps it was his sex lessons, delivered in cricket terms, that garnered the most forwards from the crowd, as persons could be heard whispering, "how subtle is he", as they offered the poet a resounding applause.

Following a brief intermission, McLaren returned to the stage for his second performance. Choosing to remind guests of the tragic Armadale incident, the Kriativ Aktivis, gave a moving performance of Armadale Children on Fire. Guests could be seen displaying concern and disgust as McLaren brought them back to that night in 2009 when five wards of the State were burnt to death in a room at the institution. Two others died at hospital.

Denesha Bailey, project co-ordinator for Articulet, the company behind the initiative, said the company plans to partner with the Heart Trust/NTA to help the survivors develop skills that would help them realise their long-term dreams.