5 steps to quitting sugar for good 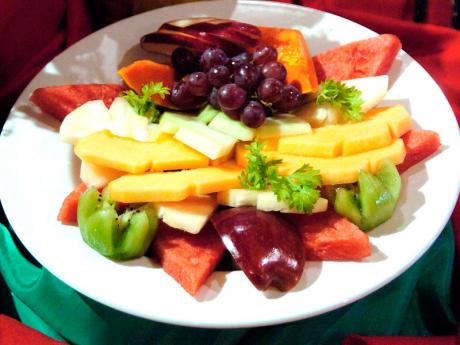 Controlling sugar cravings can be a major challenge. In fact, that's the biggest challenge for most persons trying to control their weight and maintain a proper diet. From her book Why Diets Fail: Because You're Addicted to Sugar, Nicole Avena, PhD, gives a five-step plan to finally control that sugar craving, by resetting your palate and retraining your brain and body for its urge for a sugar high.

Drinking sweet, fibreless beverages - such as soft drinks, sweetened waters and coffee-flavoured drinks - spikes your insulin levels and cues major cravings. Over a two-week period, cut out all such drinks. Start by replacing at least two with water and gradually keep substituting. If straight water bores you, mix it up with seltzer water or unsweetened teas or coffee.

If you need to get your regular fix of donuts, cakes, cookies, cupcakes or candy bars, cut it out. And that includes sugary fare such as granola bars. Satisfy that fix with a serving of fruits which have natural sugars and are also nutritious. Nearly 80 per cent of the processed snacks contain loads of added sugar. First, identify the sweet treats you have the hardest time avoiding and quit those first, one at a time. Over the next two weeks, edit out all sugary junk. Keep some fruits nearby for when your cravings start up.

Next, tackle simple carbs, which act just like straight sugar in your body. Make a list of the refined foods you typically eat (such as crackers, white breads, white rice, dumplings, white pastas) and, again, reduce them one by one over the next two weeks. Instead of having two servings of rice or pasta, have one serving and the other serving of vegetables, topped with a protein-packed lean meat. Then start replacing that serving of simple carb with complex carbs such as yam, banana or sweet potatoes.

Because hidden sugars are, well, hidden, you could still be ingesting lots of sweet stuff without realising it. Keep a critical eye on ingredient labels on condiments, sauces and salad dressings - all sneaky sugar sources. Also, be very cautious of anything that says 'sugar-free'; many are packed with simple carbs instead.

It's all right to indulge every now and then, but pay close attention to your cravings. A slice of cake might be okay for one person, but it could push another over the addictive edge. If one sweet snack leaves you yearning for more, or worse, bingeing, you'll know you're particularly vulnerable to sugar's powerful lure. Major bright side: Once you've kicked the habit and your taste buds are back to normal, fruits will taste supersweet and satisfying - and massive amounts of added sugar will taste like what they are: sickeningly sweet.