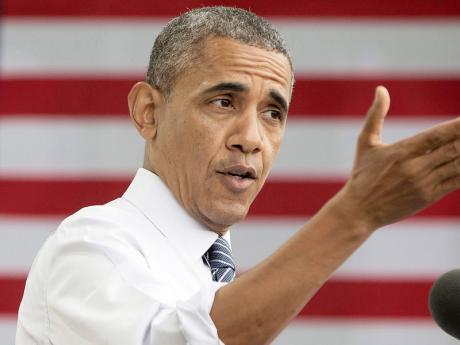 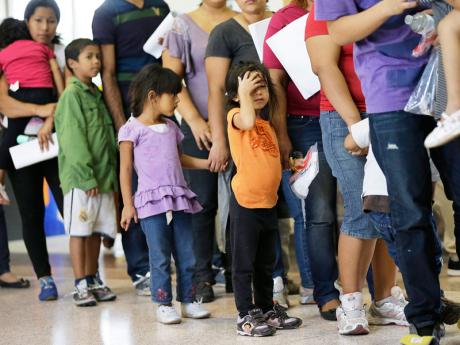 In this photo taken last month, immigrants who entered the United States (US) illegally stand in line for tickets at the bus station after they were released from a US Customs and Border Protection processing facility in McAllen, Texas. - AP
1
2

President Barack Obama has asked Congress for emergency spending of more than $2 billion to deal with the crisis of unaccompanied child migrants from Central America. However, for now, he will not be seeking legal changes to send the children back home more quickly.

That decision comes after immigration advocates objected strongly to administration proposals to speed thousands of unaccompanied minors back home to El Salvador, Honduras and Guatemala, where many face gang violence.

The White House insists the children must be returned. Administration officials say they are still working on ways to do it faster, but say that the request for specific legislative changes will move on a separate track than the emergency spending request Obama sent to Congress yesterday.

The money Obama is seeking would be for immigration judges, detention facilities, legal aid and other items that could address the situation on the border, which the administration has termed a humanitarian crisis.

The developments all come as Obama has declared comprehensive immigration legislation dead in a gridlocked Congress and announced plans to proceed on his own, by executive action, to make whatever fixes he can to America's dysfunctional immigration system. That could put Obama in the seemingly contradictory position of shielding millions of people from deportation while at the same time trying to hurry deportations for the unaccompanied children.

The White House told Congress last week that it would seek "additional authority" for the Homeland Security secretary to quickly return the minors back home. Immigration advocates understood this to mean that the children, who have the right to a hearing before an immigration judge, would lose that right and instead would have to make it through an initial screening with a United States Border Patrol agent.

The immigrant advocacy community responded angrily, with more than 200 groups signing onto a letter last week calling on Obama to reconsider the changes.