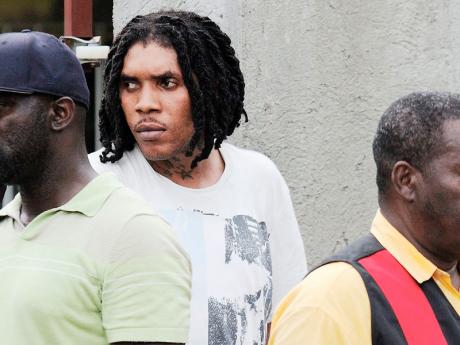 Palmer's lead attorney, Tom Tavares-Finson, said the lawsuit is in relation to comments made on the April 9 episode of TVJ's current affairs programme 'All Angles', hosted by Dionne Jackson-Miller.

Palmer, who is popularly known as 'Vybz Kartel', is expected to file the claim in the Supreme Court this morning through attorney-at-law Alexander Williams.

Tavares-Finson told The Gleaner/Power 106 News Centre that the entertainer, who is serving a life sentence, signed the court documents yesterday morning.

Tavares-Finson argued that the commissioner's comments were prejudicing the entertainer's appeal.

The Police High Command has rejected the criticisms, however, noting that the claims were already well-established.

In April, Palmer and three other men were sentenced to life in prison for the 2011 murder of Clive 'Lizard' Williams.

Palmer has filed an appeal against his conviction, but the notes of evidence for the legal process have not yet been completed.

Tavares-Finson said Palmer was in good spirits and was looking forward to his appeal.