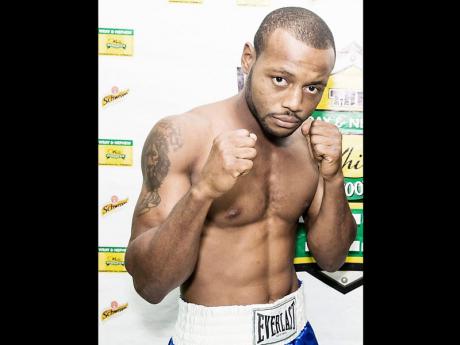 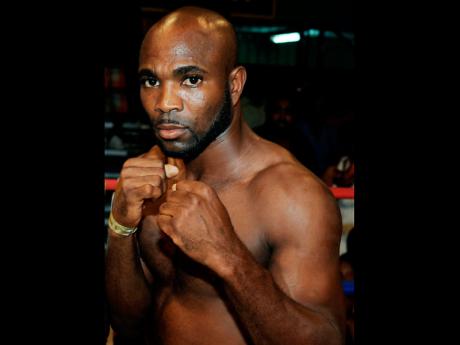 Two confident gladiators, Sakima Mullings, the number-one seed and Tsetsi Davis, ranked at three, will clash over 10 rounds tonight in the final of the Wray & Nephew 2014 Welterweight 'Contender' series, at the National Indoor Sports Centre, bringing to an end 16 thrilling weeks of professional boxing.

The series this year has provided spectators with a lot of excitement with competitors drawn from other Caribbean territories for the first time. Seven participants are from Guyana and Barbados.

Mullings and Davis, who proved to be two of the more popular boxers throughout the series, will vie for the title and first prize of $2 million. The loser will take home the second-prize cheque of $500,000. Third-prize money of $250,000 will go to the semi-finalist who lost to the champion, while the fourth prize money - for the other semi-final loser - is $200,000.

There is absolutely no doubt that tonight's final will be an action-packed one as both boxers oozed confidence when they spoke with The Gleaner yesterday.

"I have put in the hard work. I am fit. I am ready, and I am going to be the 2014 champion, no doubt about that," said Mullings, who won all his fights inside the distance.

The reason for his confidence is that he has blown away the opposition in all his fights so far. In the first, he knocked out Revlon Lake in four rounds; in the second, he won by technical knockout (tko) against Richard Holmes, in five rounds, and in the semi-final against Donovan Campbell, it was by tko once more, this time in the fourth round.

He goes into tonight's fight with a 15-1 record, with 10 of these victories coming by way of knockout or technical knockout.

Davis, who was also in the final of the middleweight 'Contender' series last year, lost by a split decision to Devon Moncriffe. That was a close, hard-fought encounter and Davis said then that he believed that he had won. Davis told The Gleaner he intends to take home the first prize this year, having made a lot of sacrifices to get back to the final.

Like Mullings, who moved down in weight class, Davis is comfortable at the welterweight limit of 147 pounds and has had no problem making the weight since the competition started on March 19.

"I am feeling good," he told The Gleaner yesterday. "This will be my year. I have worked very hard; my conditioning has been great and I am ready to go 10 rounds, if necessary."

All Davis' victories were on points. First, he defeated Derick Richmond, followed by a hard-fought tussle against Ramel Lewis and ended with a workman-like victory over Howard Eastman - a confident and dangerous journeyman from Guyana. He goes into tonight's battle with a 12-3 record.

It was noticeable in his fight against Eastman that after five rounds he seemed to become winded and was hard-pressed in the final two rounds of the eight rounder. He said yesterday that he is in a better condition now and is ready for 10 rounds, if necessary.

" I know that I am going up against a good opponent, but I am very confident. I am going to work hard and take home this title for my family. It means a lot to us," said Davis.