Best is yet to come - Argentina ambassador 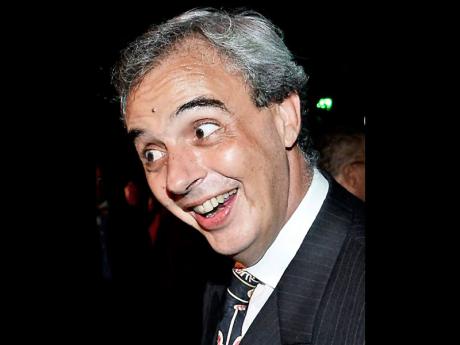 Argentina's ambassador to Jamaica, Ariel Fernandez, has expressed optimism for his team ahead of today's World Cup semi-final clash against The Netherlands.

Fernandez pointed that today is a special day for his country, regardless of the outcome of the match.

"We will celebrate our 198th independence anniversary, along with the ascension of Queen Maxima to the Netherlands throne; she is Argentine," he noted.

"I just hope the referees are good and consistent with FIFA rules. Lionel Messi deserves to be a great after this World Cup, like Maradona, Di Stefano and Pelé," the ambassador said.

He also added that Argentina played one game at a time to make it to the semi-finals, a feat they had not achieved in 24 years.

"We are confident in the team, match after match. They are making improvements despite the extremely defensive teams that we come up against. So it has not been easy, but we deserve it."

He went on to credit team-work as a key component to their success.

"Messi is no doubt the best player in the world, but I would like to underline Di María and Mascherano, along with our goalkeeper who has surpassed expectations."

Fernandez outlines his preference as the game against Nigeria.

"There were a lot of dynamics in that game. We were very attacking and comfortable; the best is yet to come. Tomorrow we will not go to penalties or extra-time, but we are mindful of players like (Arjen) Robben; I hope he doesn't fly," the ambassador said.

"Many thanks for the involvement and support of all Jamaicans. It was surprising how great the support for us is."

Meanwhile, all efforts by The Gleaner to contact the Netherlands consulate and, by extension, the ambassador's office, for a comment, proved futile as the phone went unanswered and email messages went unanswered.