Moore for ESPN2 US Open Night of Champions 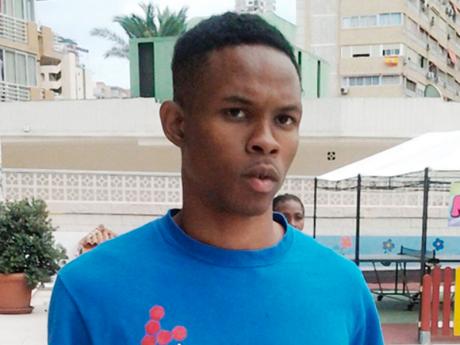 JAMAICA's Adrian Moore will grace the biggest martial arts open stage in the world on Saturday when he faces Malaysia-born Hong Looi, who fights out of Ireland, during the International Sports Karate Association's US Open Night of Champions.

The US Open Night of Champions will be broadcast live from the Coronado Resort in Orlando, Florida, 7-8 p.m. Eastern Time (6-7 p.m. Jamaica time) on ESPN2, giving Jamaicans a chance to watch and cheer on Moore, a 23-year-old Jamaica tae kwon do fighter.

Moore will be the fourth Jamaican featured on the annual US Open's Night of Champions, since 2010, following Olympian Kenneth Edwards, Nicholas Dusard (twice) and Sheckema Cunningham. All three Jamaicans were winners.

Dusard, however, narrowly lost in overtime on his second appearance, last year, after being ushered in as a late replacement for the injured Oshane Murray.

Night of Champions is the ultimate attraction of the US Open, featuring the best in all disciplines.

Moore won a bronze medal at the Quebec 2012 International Taekwondo Federation Pan Am Championship in middleweight sparring. He has seen all four of his compatriots fight on the Night of Champions stage.

"For martial arts, it's the biggest crowd I have ever seen. The lights and everything, all concentration is on one stage. It's a lot of pressure, but I am being calm about it, keeping my game plan together," Moore said yesterday.

He has done his homework on his rival and has plans to counter anything he comes with.

"I know his best technique is punching, but that's my strong point as well," he said, adding that the vociferous Jamaican contingent will be urging him all the way.

"We may not be the biggest group, but we're loud and our colours stand out in any crowd," he said.