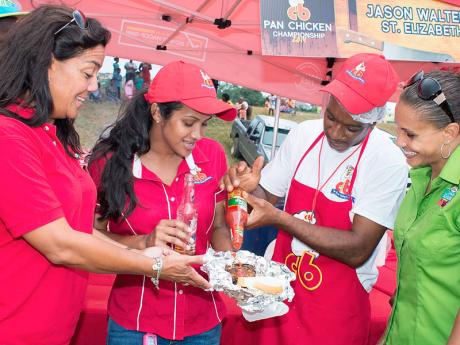 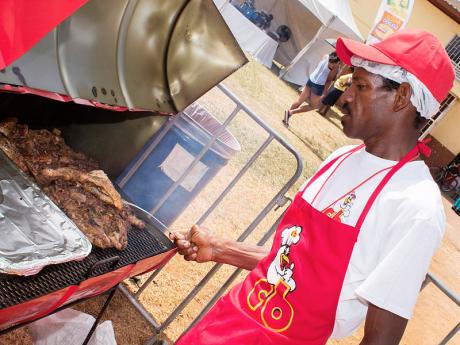 Huscar Morris, from St Elizabeth, was one of 20 contestants participating in the 2014 CB Pan Chicken Championship Central Regional Elimination at the Manchester High School on Saturday. 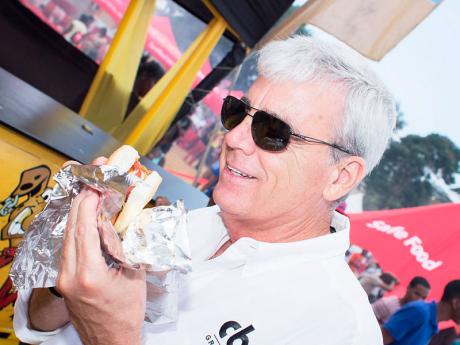 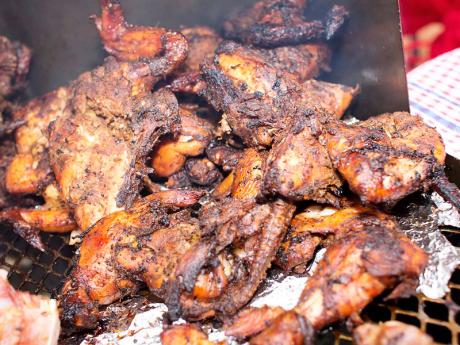 Few things compare to the satisfaction of a juicy piece of pan chicken well-seasoned with unique blends of local flavours, herbs and spices, and that was definitely on offer at Saturday's event. - Contributed PHOTOS
1
2
3
4

Packed with excitement and activities for the entire family, great people, and of course, the best pan chicken around town, was the scene for the central regional elimination of the 2014 CB Pan Chicken Championship.

The annual cooking competition kicked off at the Manchester High School last Saturday, the first of three elimination rounds before the massive grand finals in November. This weekend alone saw thousands gathered in what was possibly one of the event's largest season openers. There was non-stop excitement, give-aways, delicious food and great music for the patrons to enjoy, bettering last year's event which was affected by intermittent showers.

When the pans cooled, six winners were rejoicing. Heading to the Kingston waterfront in November are: Derricia Henry and Andrew Bailey from Manchester; Jason Walters, and Anthony Carty who placed first and second, respectively, from St Elizabeth; and Carlton Jobson and Natalie Sill from Clarendon. Each winner walked away with the parish title, a trophy, and $40,000 in cash plus gift baskets from sponsors Grace Tomato Ketchup, National Bakery, and Spur Tree sauces, while runners-up received $20,000, a trophy and gift baskets. Jobson also walked away with first prize for the Grace Tomato Ketchup 'Ketch Di Taste' Sauce competition for his spicy barbecue sauce.

"As usual, we guarantee an exhilarating series of fun for the entire family, with top-notch entertainment and, of course, mouth-watering pan chicken and other scrumptious food and drink offerings.

The competition continues with the eastern regional elimination at the Portmore UDC Car Park on August 23; then moves west to Dump-Up Beach on September 27 for the western regional, before concluding on the Kingston waterfront on November 23.