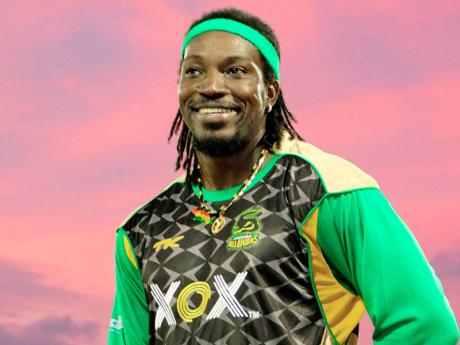 Jamaica Tallawahs captain Chris Gayle is confident that his charges can put in a repeat performance and crown themselves champions of the Caribbean Premier League (CPL) for a second year in a row.

Speaking shortly before the team departed the country on Tuesday to participate in the competition, Gayle said they possessed a balance of good batsmen and bowlers with the right attitude.

"I am very, very confident of us retaining our title," Gayle said.

"I think the balance of the team is something that I am really happy about and the vibes in the camp has been fantastic.

"The last player to join us was Daniel Vettori and we had Rusty Theron and Adam Voges, who came in earlier.

"They have brought a lot of experience and have been gelling in well with our local guys," he pointed out.

The Tallawahs, who are set to open the defence of their title on Saturday against the St Lucia Zouks in Grenada, will be without all their overseas players who contributed to their title run last season.

Muralitharan has been replaced by Daniel Vettori, Philander by fellow South African Theron, Sangakkara by Austalian Voges and Shehzad by England's Owais Shah.

The Tallawahs also have, for the first time, local recruits fast bowler Jerome Taylor and leg-spinner Odean Brown, who along with Nikita Miller and André Russell and David Bernard Jr completes the team's bowling unit.

"The all-round ability of the team in terms of batting and bowling is impressive and I am really looking forward to us taking the field," added Gayle.