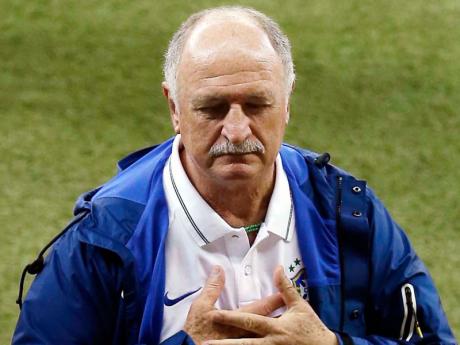 Brazil coach Luiz Felipe Scolari and his players are trying to put the devastating semi-final loss to Germany behind them as quickly as possible, turning their focus to the farewell match at their home World Cup.

Scolari yesterday said they have to find a way to move on and the team already has a new objective: win the third-place game Saturday to give fans some reason to celebrate.

"Life goes on, we need to look forward to our next goal; and our next goal is to win the match for third place," Scolari said. "We have to play it. It has become our main goal."

The veteran coach said he knows the 7-1 result against Germany is going to hurt forever, but stressed that a "bad loss" can't erase what he considered was an otherwise good campaign by the national team.

Only a few fans were waiting for the national team at its training camp outside Rio de Janeiro early Tuesday, including one who carried a banner reading "Shame".

Some fans booed as the bus carrying the squad left Rio's airport.

"We have to be professional and we have to show our character," midfielder Fernandinho said. "We need to get through these three days and play well on Saturday to try to finish third."