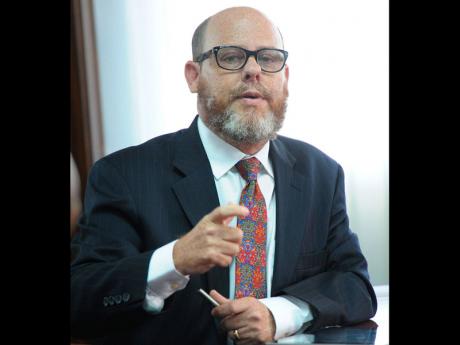 Vice-president of the Insurance Association of Jamaica and managing director of BCIC, Peter Levy. - File

The Insurance Association of Jamaica (IAJ) says member companies are facing pressure to conduct more detailed due diligence on politically exposed persons, but that no one has been denied insurance coverage as a result.

The association also said companies are legally barred from denying business to such persons, in response to the issue as raised in Parliament by Member of Parliament Raymond Pryce (PNP-St Elizabeth North Eastern).

The MP alleged that politically connected Jamaicans were being blacklisted by local insurance companies, and that politicians, their relatives and close associates are being affected by discriminatory practices.

"The IAJ is not aware of any insurance company denying any politician coverage on the basis of his occupation as this would be a breach of the Insurance Regulations (2001) for an insurance company to discriminate unfairly against anyone," Peter Levy, IAJ vice-president with responsibility for general insurance, told the Financial Gleaner.

IAJ General Manager Orville Johnson adds that the new regulations applied to politically exposed persons, or PEPS, is being enforced by the Financial Services Commission, which fines companies for non-compliance.

PEPs is a category of persons created by the Government under its anti-money laundering legislation, the IAJ said.

"The category of PEPs does not only cover politicians but also senators, judges and other high-ranking public officials, as well as their family members and close associates," said Levy, who manages the general insurance company, BCIC.

The Government requires "greater scrutiny of those persons when they apply for insurance", and companies can be sanctioned for non-compliance, he said.