Dennis Daly: defender of the weak and poor 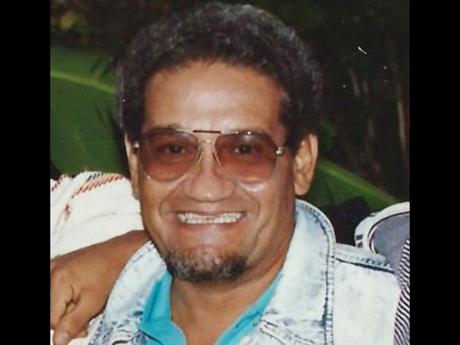 I first met Dennis Vernon Daly in 1970 when I was employed as a clerk of courts at the Resident Magistrate's Court, Sutton Street, Kingston. He was representing an accused. We spoke. I was immediately impressed with his very friendly and unassuming demeanour, devoid of any pretentiousness or arrogance. He seemed such a nice person.

Over time, I got to know him sufficiently well to ask him if he would be kind enough to permit me to join his law chambers at 44 Duke Street. He welcomed my presence in the chambers, which he headed and shared with other attorneys-at law and with his wife, Claudette, also now deceased, as his secretary.

It is there that I recognised and learnt to appreciate the kind of person and lawyer Dennis was. First, he was not enamoured with the material trappings that, in a society such as ours, validate financial success. His was not the kind of law practice that would make him wealthy.

Dennis had a very live and compelling social conscience which motivated and propelled all his pursuits as an attorney-at-law. Politically, he was an unabashed socialist. He fervently believed in the human rights of all people, no matter how humble, no matter how poor, and that these rights should be vigorously protected. He dedicated his life in seeking to achieve this. He was the quintessential human-rights activist.

His clients were those least able to provide him with the financial rewards he deserved. No client was rejected because of an inability to pay the very modest fees that he sought. He represented them in civil and criminal cases, in the Resident Magistrate's Courts and in the Supreme Court. His practice was islandwide.

He believed in the Constitution of Jamaica and the rights enshrined therein. He believed, in particular, in the presumption of innocence of an accused person, he believed in all the legal principles that are designed to promote a fair trial. As a consequence, his advocacy was tenacious and relentless, spirited and courageous. He never gave up, and was most dispirited when his efforts did not result in an acquittal. He was appointed Queen's Counsel in recognition of his skills as an advocate.

Dennis was particularly incensed when the agents of the State abused their powers, causing injury to the citizen. He was there to protect the citizen. Dennis participated as an advocate in several seminal legal cases and was always prepared to go to the Privy Council if needs be to seek redress. One such case is Oliver Whylie et al v the Queen.

He participated in the establishment of the Kingston Legal Aid Clinic. He and others recognised that the effective exercise of one's rights was inextricably bound to the ability to enforce those rights and that funding or pro bono legal representation assisted in doing so. He was a former president of the Jamaican Bar Association and member of the council of that association for many years.

Dennis was a man of impeccable integrity, a decent human being. He lived his life according to the tenets that he espoused. His practice as a lawyer epitomised selflessness, altruism, and dedicated service to the causes of the Jamaican people.

It was my privilege to have had him as my mentor and the head of my first law chambers, in which, by his very presence and personality, Dennis fostered a sense of camaraderie, a spirit of cooperation among the attorneys in those chambers, and the desire in us to perform at the very highest levels on behalf of the clients we represented.

He faced many health challenges over his lifetime, but without complaint and with great courage, he coped. He died as he lived, valiantly and stoically. His loss is a loss not only to his family, but to Jamaica.

Pamela Benka-Coker is an attorney-at-law. Email feedback to columns@gleanerjm.com.