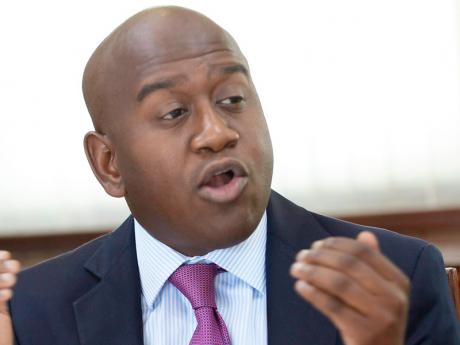 There is nothing the Government can do to provide redress for Jamaican consumers who feel undone by the restriction on voice over Internet protocol (VoIP) applications by telecoms providers Digicel and Lime.

Duane Smith, deputy spokesperson on science, ICT, and digital society development, told a Gleaner Editors' Forum on Wednesday that there was no ICT legislation in place to counter the restriction.

Smith insisted that there should be compliance for net neutrality - the concept that Internet service providers and governments should treat all data on the Internet equally, not discriminating or charging differentially by user, content, or application, among other things.

"We are saying the customer has already paid a fee to use a data network. We are now saying there is a dangerous precedent trying to block parts of that network. What's next? It could be Netflix. It could be YouTube. It could be Skype," he reasoned.

"There is a process called net neutrality, where everything that comes on the data network should be treated similarly. This blocking of VoIP has failed almost everywhere else it has been implemented, and as recently as yesterday (Monday), Digicel had to retract it in Trinidad," he added.

Robert Nesta Morgan, media manager for the Jamaica Labour Party, has challenged the credence of the telecoms providers' claim that they are losing revenue.

"The assumption that because I am using a VoIP service, that if that service is removed, I am going to start making calls through another network is faulty. Nobody has provided any evidence of that," he insisted.

"The Government needs to set a framework to deal with these issues. The reason that Digicel and LIME had to take the action that they did is because there is no legislation to deal with this evolving process. Viber and Skype and all of these have been around for a very long time," he remarked.

Minister of State in the Ministry of Science, Technology, Energy and Mining Julian Robinson revealed that "the existing Telecoms Act actually allows them to engage in what they consider to be bypass activities, so there is nothing the Government can do to force them beyond moral persuasion. it is really something the regulator - the OUR (Office of Utilities Regulation) - has to make a decision on".

Gail Moss-Solomon, head of legal and regulatory affairs at Digicel, has said discussions are ongoing on the matter.

"Digicel Jamaica has been in discussions with the OUR, and those discussions are ongoing. We continue to reach out to VoIP providers to determine a mutually beneficial way forward," she said.

Elon Parkinson, corporate communications manager at LIME, said the company would not be commenting further on the issue at this time.